We Led Yet Another New Way With Ford Transit and Transit Custom! 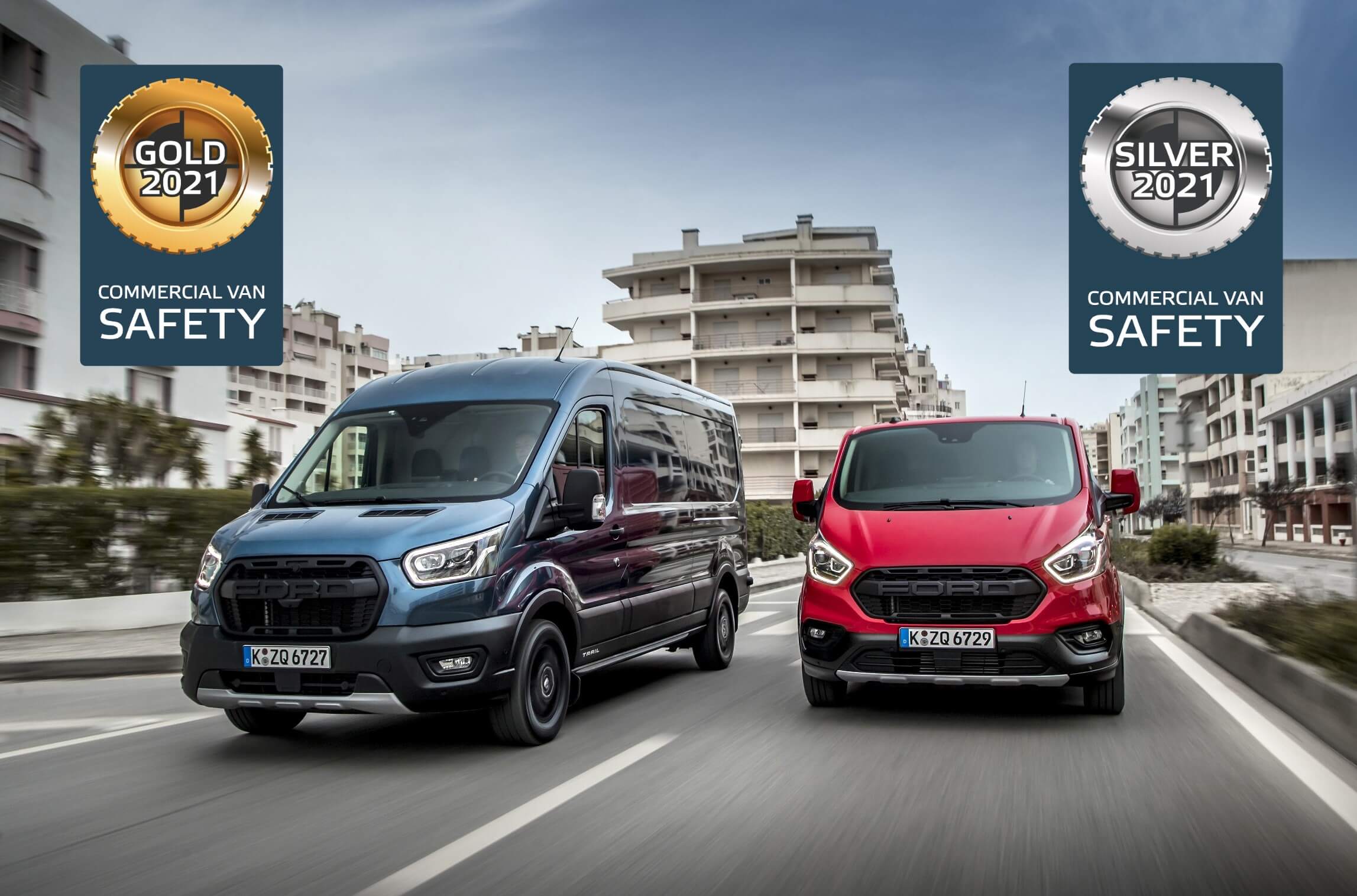 Euro NCAP, the independent automobile safety and performance evaluation organization, evaluated 19 van models on sale in Europe in its first active safety test. As a result of the test, Ford Transit, which we produce in our Kocaeli Factories, was granted with the gold and the Transit Custom with the silver award!

In the new active safety test organized for the first time by Euro NCAP; the Autonomous Emergency Braking System (AEB) of vehicles, which is activated when cyclists and pedestrians get close, lane tracking technologies, active speed limiter, and passenger tracking systems were evaluated.

In the assessment, Euro NCAP used the same criteria to compare the active safety characteristics of each light commercial vehicle. All vehicles were loaded with 50 percent of their maximum load capacity and tested on a specially prepared track to get the most realistic results.

In the simulations, scenarios of parked vehicles and a sudden stop of vehicles ahead in heavy traffic were both tested. Thus, the Autonomous Emergency Braking System (AEB) and driver warning systems were evaluated. The organization also evaluated the response of these features to a child jumping on the road, to a pedestrian passing by, or to cyclists.

Euro NCAP Secretary General Dr. Michiel van Ratingen stated: “Given the rapid growth of millions of vehicles and e-commerce on European roads, active safety systems in commercial vehicles are the most important key to increasing safety for all users. Ford, one of Europe's leaders in commercial vehicles, helps protect all elements of traffic with both Transit and Custom models and truly meets the commitments made by safety systems”.

Blind Spot Warning System supported with Cross-Traffic Warning System to help reducing stress and exhaustion and to prevent the impact of collisions; Adaptive Speed Control making long journeys less tiring and more economical; Lane Keep and Lane Alignment Assist continuously monitoring the road ahead and alerting as soon as out of the lane and guiding back safely back into the lane; Anti-Collision Intelligent Brake System with Pedestrian Detection helping to reduce and prevent the effects of frontal collisions by automatically braking against vehicles and pedestrians that may suddenly come in front while driving; is the leading driver assistance technologies offered with Transit.

For more information about our models please visit our website.