Towards the Foothills of Bozdağ with Ford Fiesta 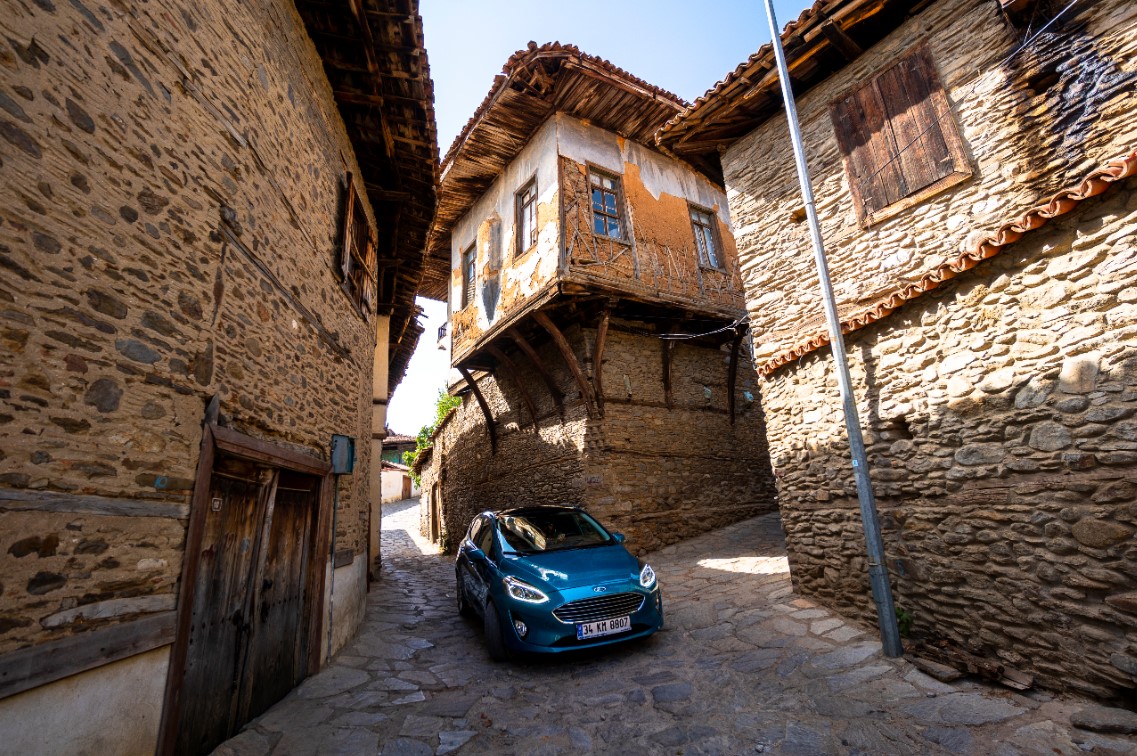 Our travel blogger Seymen Bozaslan turned the #FordileYolda route towards İzmir and reached a corner in touch with nature, Ödemiş. Let's take a look at the highlights of this route with his fellow Ford Fiesta and Hasan İlkay Özduman, who photographed his travels…

The answer to the question of where to go on a weekend around Izmir is generally given as Foça, Alaçatı, Urla. If you want to be a little bit more in touch with nature, the route moves slowly towards Ödemiş. So is what happened to us. We explored the Ödemiş region with our fellow traveler Ford Fiesta and my photographer friend Hasan İlkay Özduman. We had the opportunity to take beautiful photos during our journey that includes Bozdağ, Gölbaşı, Birgi, Ödemiş, and Lübbey Village. Let me tell you about Ödemiş and its surroundings, one of the most pleasant routes of my #FordileYolda route. What do you say? 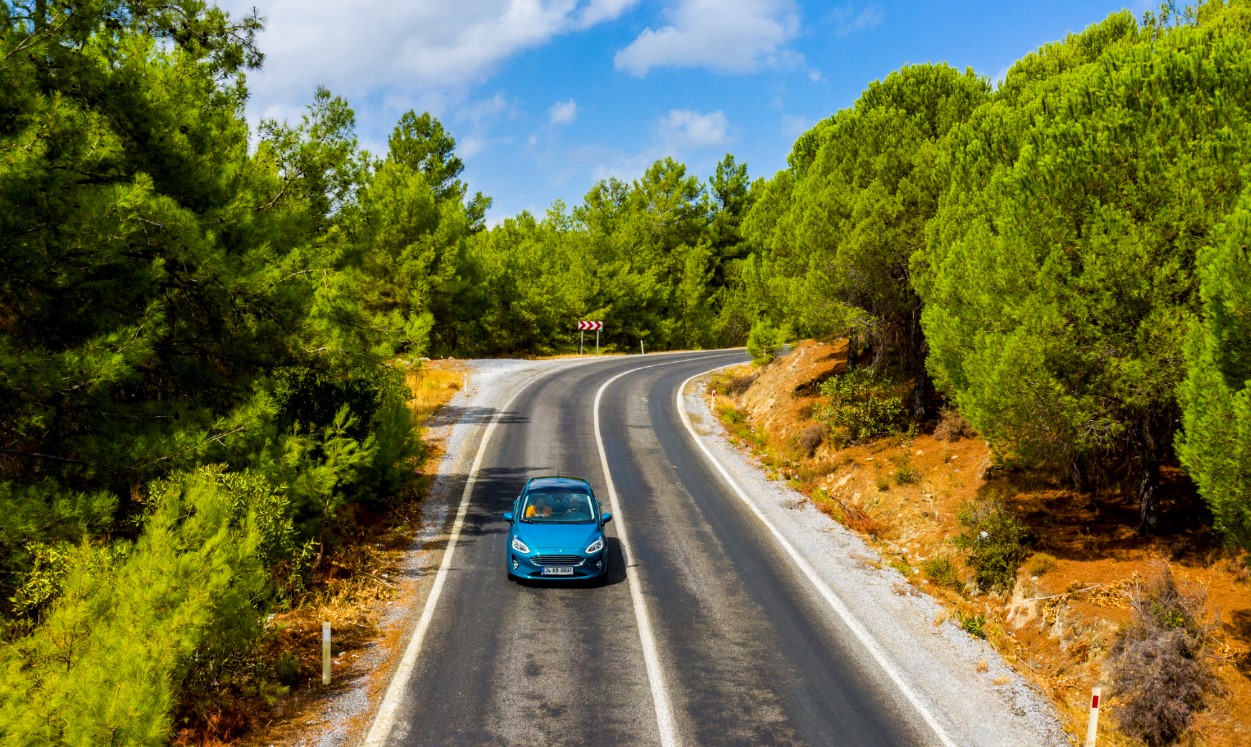 It is possible to reach Ödemiş from Izmir city center by train or by road. In the region, where you can spend a full day or two, there are many factors that will keep you entertained, impressed, and ensure a beautiful experience. One of them is the Ödemiş Museum, for instance; the museum, which consists of a single hall, contains oil lamps, sculptures, and plenty of coins. The museum with 4458 artifacts is perfect for a district museum.

We can say that the museum has opened in the name of Bedia Akartürk, who has a well-loved and rare voice in Turkey, is yet another valuable point to see. In the Bedia Akartürk Museum, which was opened for the artist, you can see the awards, stage costumes, photographs, and the local clothes she has made so far.

If you are a fan of local markets and stands where local products are sold, let's take you over here. Ödemiş market is held every Saturday on PTT street. You can buy many products from the market; which is extremely lively and full of local and organic flavors; such as figs, cheese, and olives, which are the iconic products of the region.

Another interesting point of Ödemiş district is Yıldız Kent Hotel Museum. The museum, which contains around 27 thousand registered artifacts, is located in the inner courtyard. The museum is among the places to see when you come to Ödemiş; as it is a reflection of a timeless chandlering story of Ödemiş with various professions from a dowery, bride, wedding-format exhibition hall to a movie theater, from the Korean War photography and object exhibition hall to the barber room and watchmaker room. 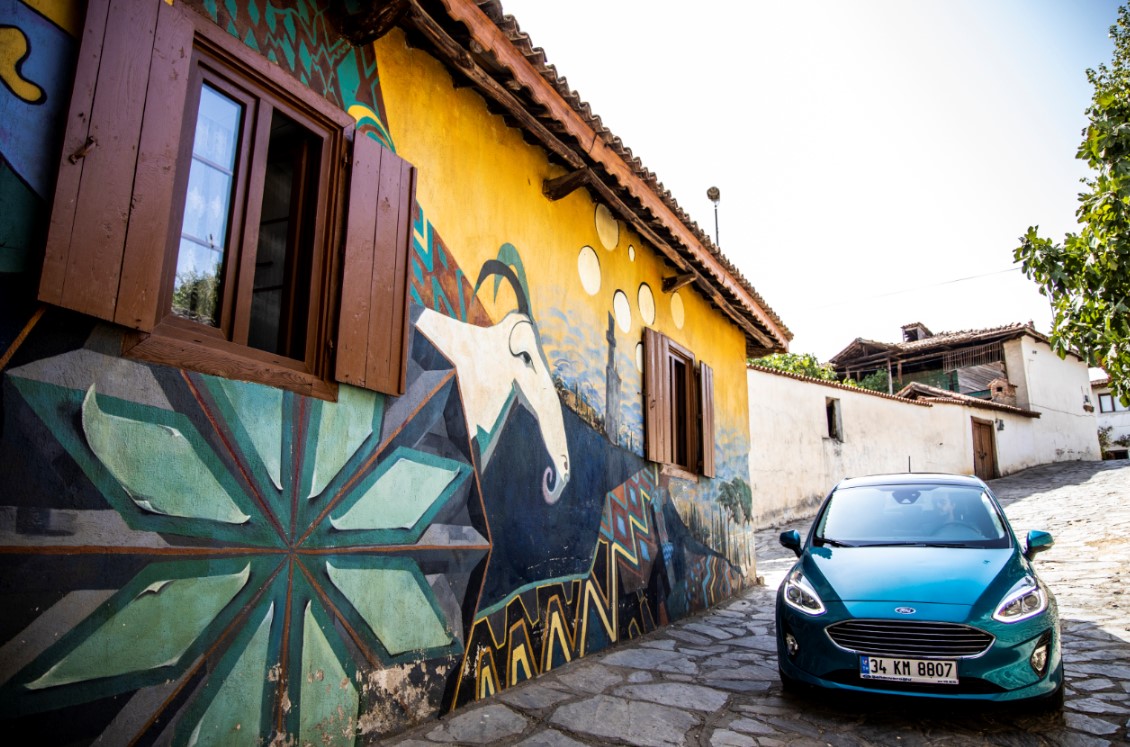 So, Where and What to Eat in Ödemiş?

Did you know that İzmir, which is more known for its hot and summer beaches, is a nice place for skiing in winter too? Being 1.5 hours away from the city center, Bozdağ has snow that reaches 120 cm from time to time and offers its guests the opportunity to enjoy a pleasant skiing experience. Before reaching this region where the facilities are renewed every year, you will see famous Ödemiş potatoes are fried and sausage bread are on stands which are set up by villagers on the roadside. I recommend the tea, which is served with the heartiness and pleasant conversations of the villagers at the stands, is also very delicious in cold weather.

There is also a region named "Kırık Oluk" on the way to Bozdağ. The name of this place comes from a fountain. It is believed that if you drink water from the 40 fountains, which are side to side, one after another and at once, your wish will come true. The decision is yours, who knows:) 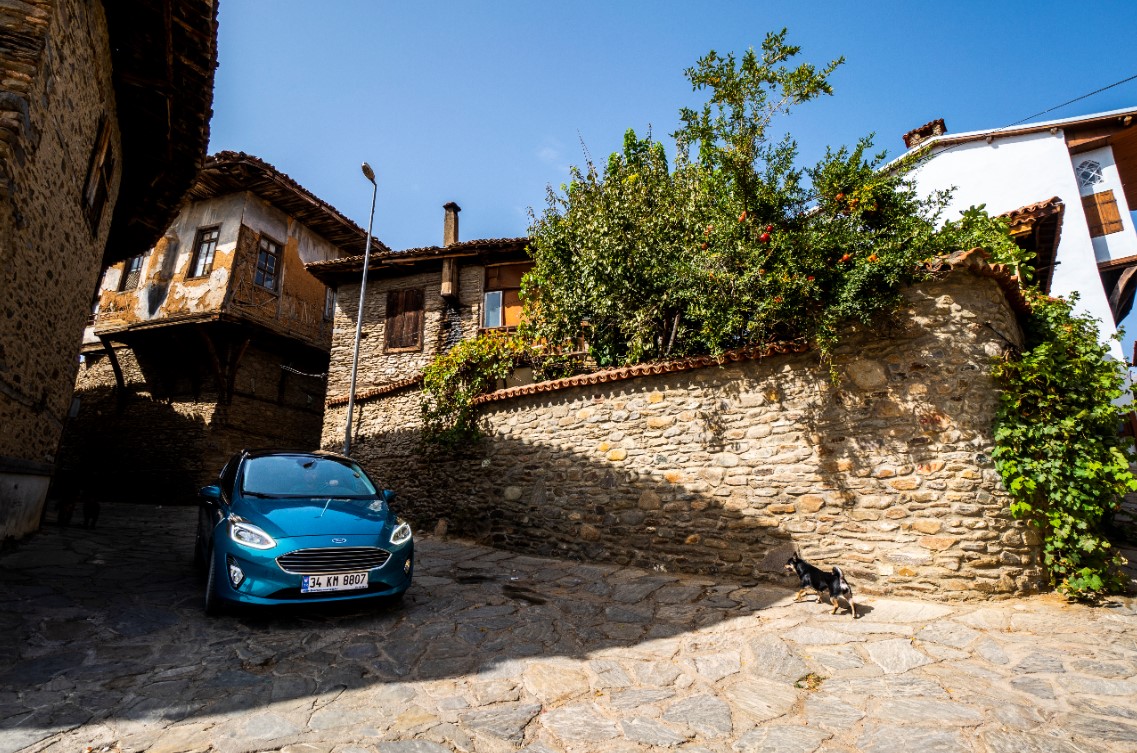 A Landscape of Peace, Gölcük

It is definitely a place that I think photography and nature lovers will adore. Gölcük, one of the oldest settlements in the region with its centuries-old trees and wide pine forest areas at the foothills of Bozdağ, is one of the beauties to be added to your list. You can walk around the lake or watch the view from one of the facilities that appeal to all tastes.

Lübbey Village with a Population of 5

Yes, exactly as it is in the title. Lübbey Village, where only 5 people live, is a settlement 30 minutes away from Ödemiş. Since the village didn't receive electricity at the time and as the land wasn't suitable for agriculture, migration started in time to the district center. Naturally, the houses being left abandoned and were worn out over time they became ruined. 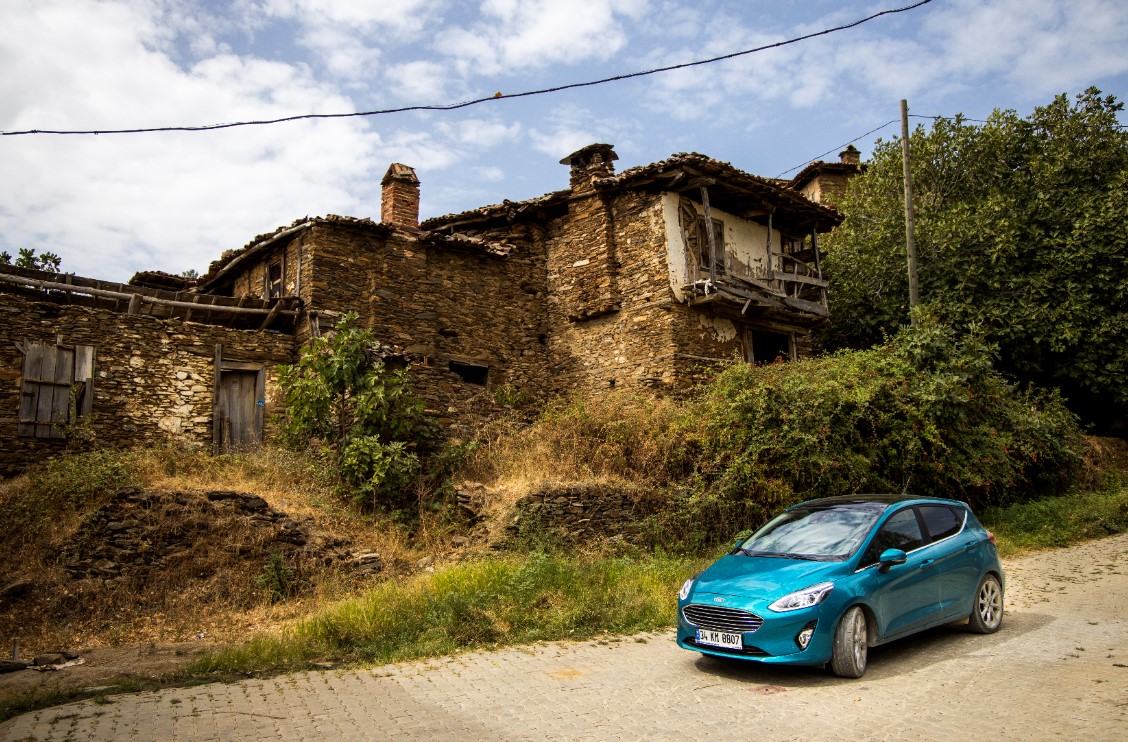 When you enter the village, you can even say that you know half of the village by counting the people you come across. There is a wooden mosque built in 1880 and a coffee shop run by Mehmet Bey in the village. When you come to the coffee house, there is a phone number at the door. When you call, he comes to open the coffee shop and serves his hot tea. Since there are only 5 people in the big village, the coffee shop mostly serves visitors on weekends. Lübbey, visited by travelers and photographers in recent years is known as the "Ghost Village" on the news; and is one of the most interesting Izmir villages in recent years. 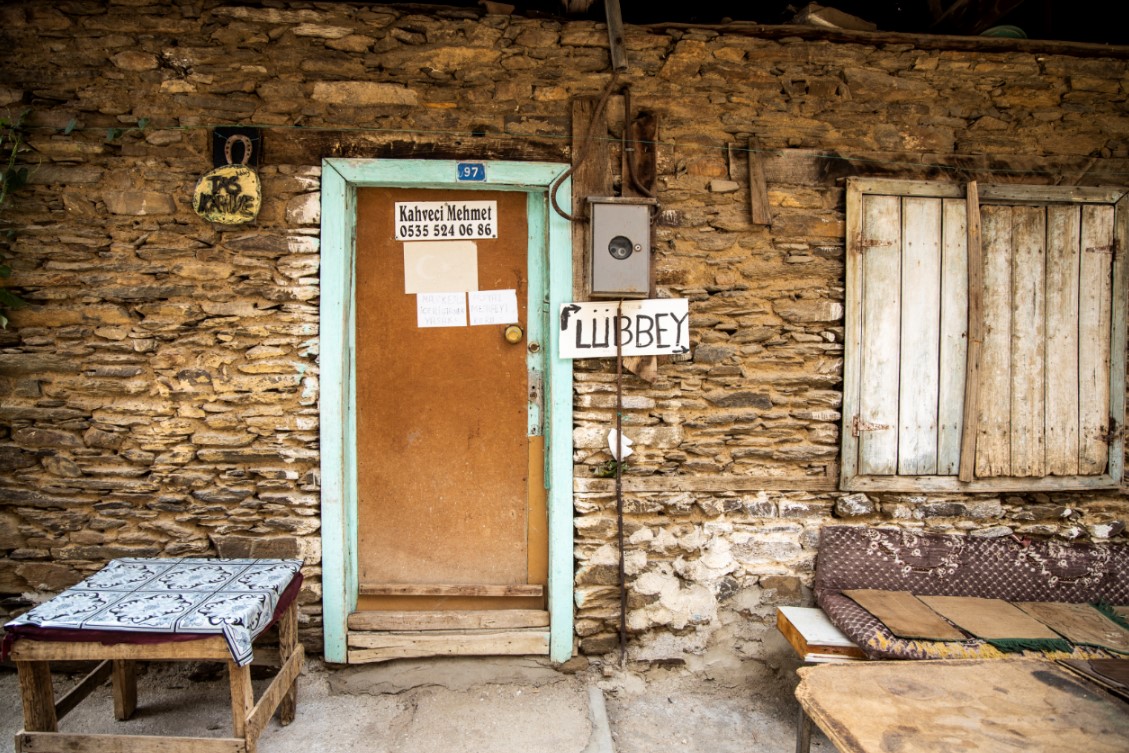 Birgi is the most popular and valuable place in Ödemiş with its architectural structure, stone alleys, and unspoiled texture. This charming town located on the slope of Bozdağ; attracts the attention of visitors, especially on weekends with its bay windows and boutique places. Birgi, which is 10 km away from the center of Ödemiş, has a population of 3 thousand. Its history dates back to B.C. 2000s, to Phrygians, Persians, Pergamon Kingdom, Byzantines, Romans, Aydınoğulları, and finally Ottomans. You will understand better what I mean in a small tour on the streets of Birgi, where you will find traces from every civilization.

Apart from the streets and avenues that smell history; when you come to Birgi, you will come across two landmarks. One of them is the famous Çakırağa Mansion, built with the woods brought from Venice by Mustafa Şerif Çakırağa in 1763. Especially the hand-drawn decorations and architecture you will see in the mansion will impress you very much. The mansion, where pictures of 72 vegetables and fruits grown in the Küçük Menderes River Basin were painted, is now a museum.

Where to Stay in Birgi?

As I said, the most important point in Birgi is the architectural structure. I recommend you to stay at Saliha Hanım Mansion, which was restored in 2014 and it still reflects its spirit as day one. The mansion, where the intensity of wooden architecture stands out straight, also has a perfect courtyard. The room with a bay window, where I also spent the night, allows you to rest across one of the two busiest streets of Birgi.

So, Where and What to Eat in Birgi?