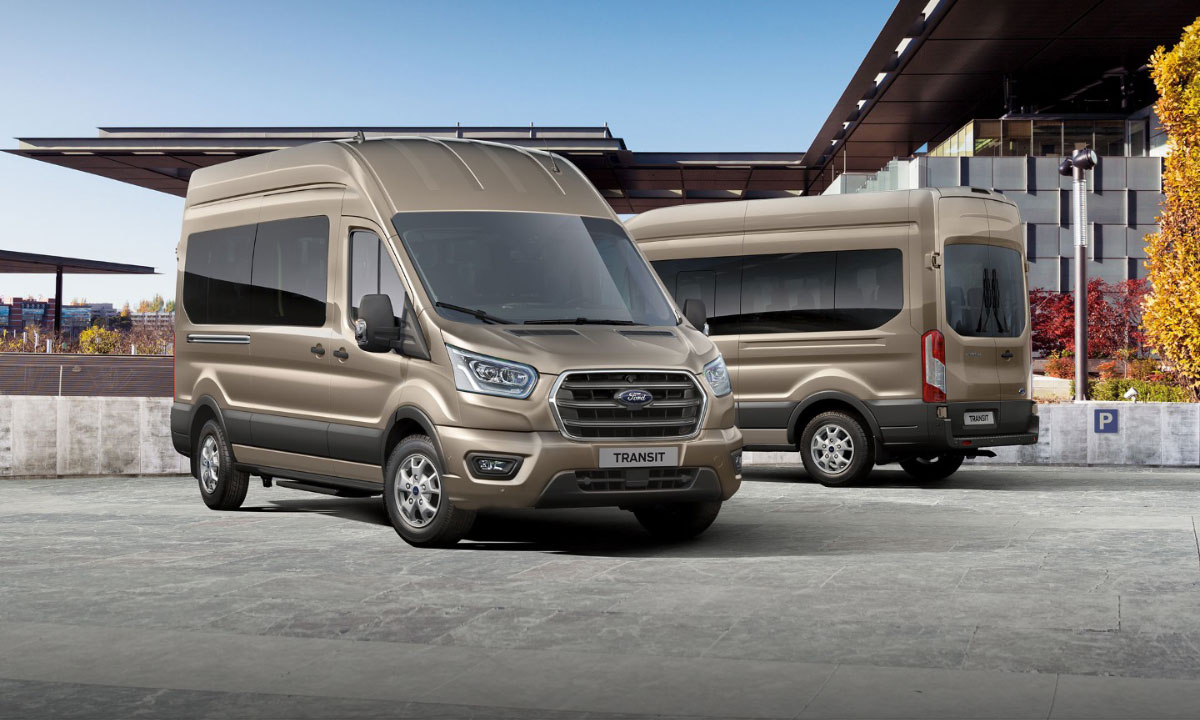 We commissioned the self-colored, unpainted plastic parts production technology to produce front bumpers, thus becoming the first vehicle manufacturer to use this technology in Europe!

First, I would like to mention what kind of need resulted in this technology and its purpose. As you know, in the eyes of our customers, the aesthetics of the vehicles are as decisive as their safety, technology, and performance. In this direction, the painting of the outer plastic parts, especially the buffers, in the body color was a solution that we have already put into use.

However, this solution brought with it many problems such as an increase in the number of painted parts, density in paint shop capacity, additional handling, and packaging, and increase of intermediate stock areas. In addition, the effects of chemicals used in cleaning, undercoating, painting, and varnishing processes of the painting of the parts on the environment did not match our sensitivities. The complexity and cost created by the remote production and replenishment process during the plastic part production, painting, intermediate assembly, and logistics stages were important issues to be managed.

In line with the service spirit and customer-centric principle of the Dynamic Balance, which is a part of Our Common Culture, we had to create an alternative production method that we would set our customers' expectations by eliminating the above-mentioned constraints and risks. In this context, as a result of our research on more sustainable and leaner techniques, we have come to the conclusion that by developing our raw materials, mold steel, hot runner and production technologies, we can produce parts with aesthetic and functional features that would meet our final customer expectations.

During the solution-finding studies, in less than a year we realized the test manufacturing of the self-colored buffer which is going to be used in our white-colored vehicles using the newly produced plastic injection mold and without need to painting processes via meeting with our business partners.

Thanks to this technology, we have achieved a sustainable solution for V363 cost and customer expectations. With the elimination of all paint processes in the front bumper production and chemical use, our company has achieved a significant gain in terms of both cost and operation.

When we rub our vehicles, the bump gets damaged, the paint comes off and the different-colored undercoating or the plastic becomes visible. That is a problem that many of us have experienced. But this will no longer become an issue and in such cases, a repair would not be needed anymore. Because the bottom layer that comes out with the rub will have the same color as the body.

With V36X Bump Molds, for the first time, we also implemented a system that works integrated with the mold and solves numerous visual issues often encountered with the plastic visual parts. The plastic material sent as hot melt into the mold is pressed into the mold at different times through the runners of different lengths, thus the mold is attempted to be filled in the most appropriate way. However, as the hot material that entered the mold with exceedingly high pressure begins to freeze, it collides with the hot material that continues to fill with pressure, thus creating various traces, depressions, or distortions. The main reason for these problems is runner systems driven by the hydraulic system in conventional molds. With the V36X, we have made the opening and closing process of these runners possible with an electric, i.e. "servo" system. Thus, the runners which were previously working just as opened and closed; started to work with various semi-opened positions in accordance with the in-mold pressure.

The mold continuously performs measurements by its interior pressure and temperature sensors. It tries to fill the part with the appropriate pressure by realizing the necessary adjustments in accordance with the effects of the uncontrollable "noise factors" (a Ford term) of the process. If this is not achieved sufficiently, then the part will be marked.

In short, now our Transit bumper molds are got smart. It can continuously measure what it does, automatically adjust accordingly via the runners, and rejects the part if the desired conditions are not met.

We would like to thank once again to our colleagues for their labor, contribution, and support; and to our plastic raw material supporter Basell, mold producer Bohemia, mold steel manufacturer FINKL, HRS hot runner systems and bump producer Magna for their careful and disciplined work, devotion, and responsible and cooperative approaches. 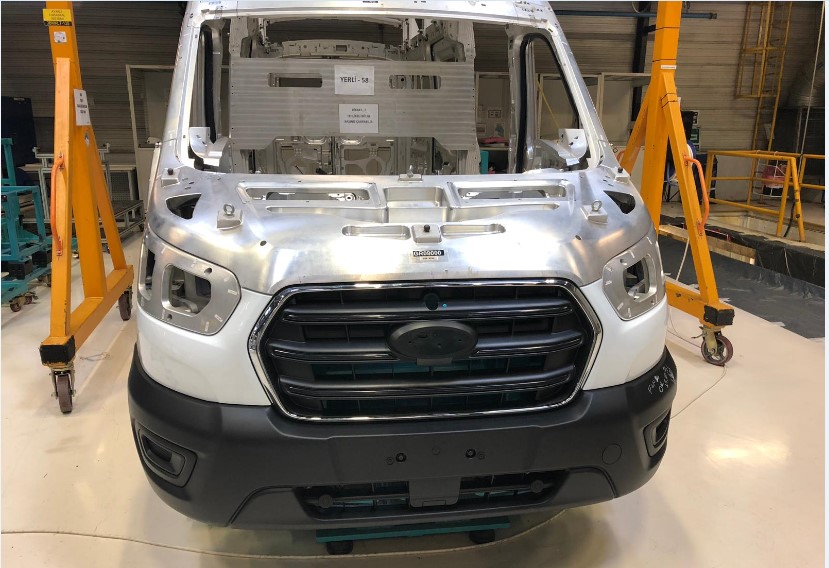 The appearance of the self-colored, unpainted bumper on the nominal buck 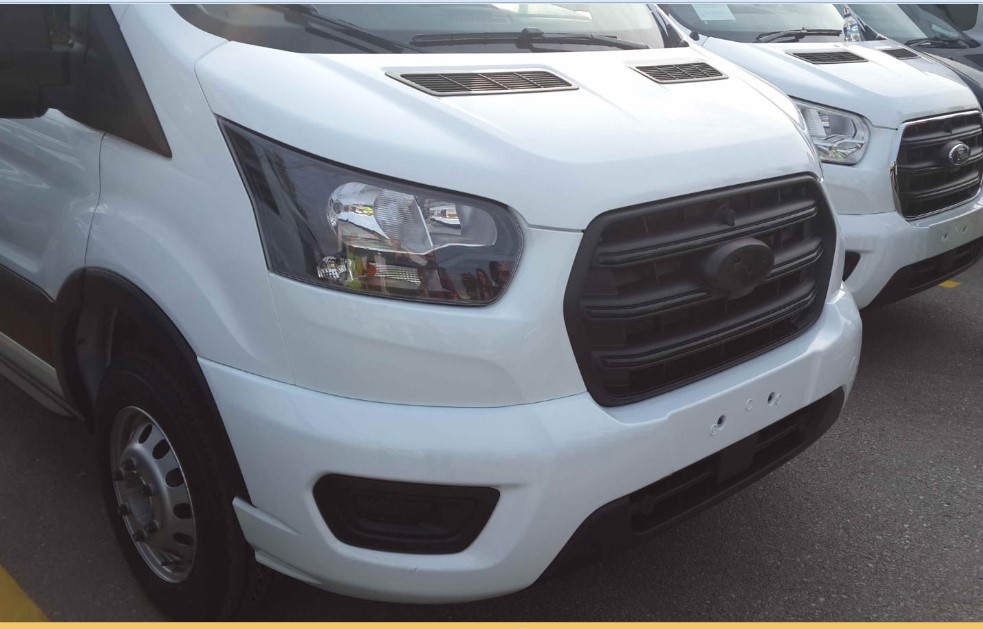 The appearance of the self-colored, unpainted bumper on the vehicle 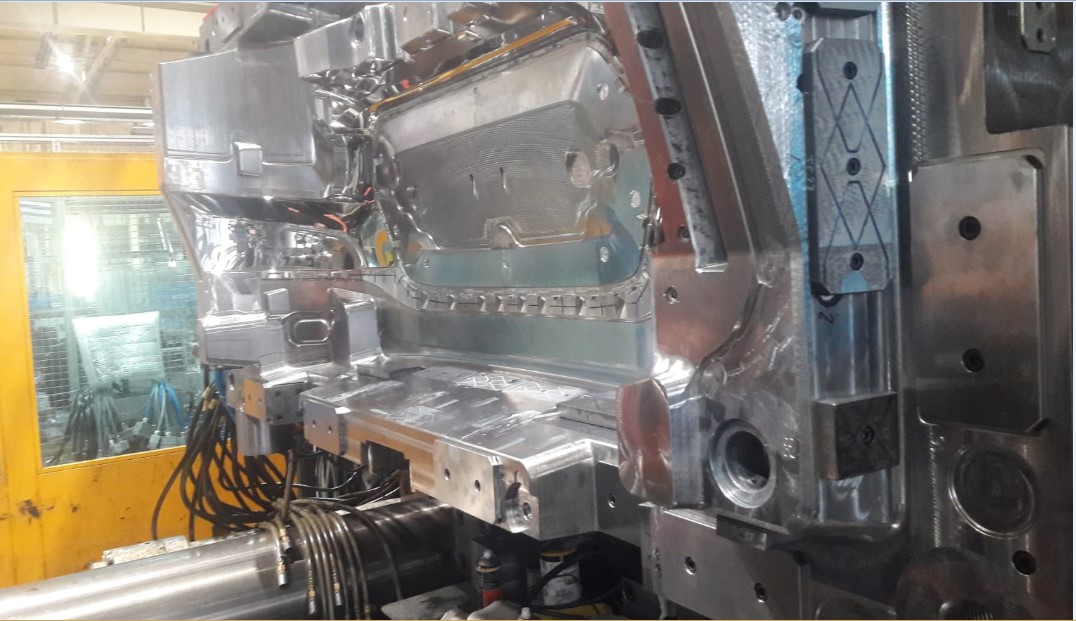 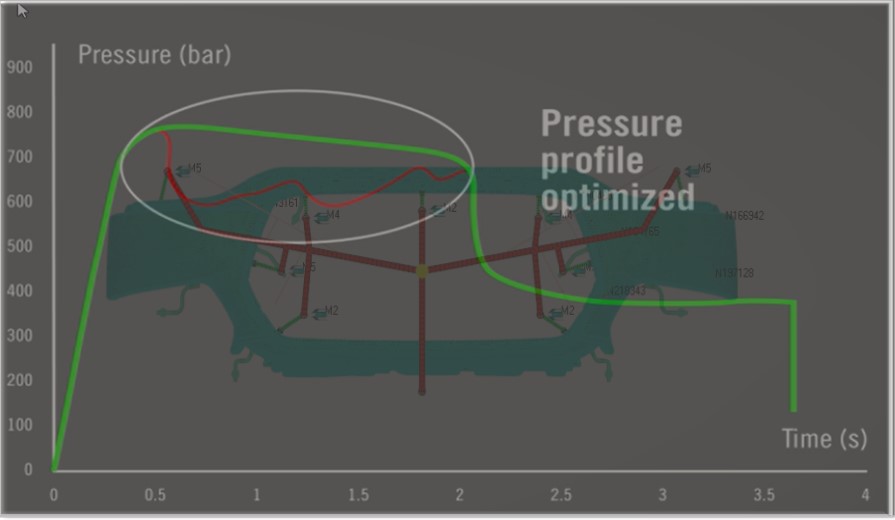 Pressure fluctuations in hydraulic valves in Ford Molds were brought to the green line with servo valves used for the first time from the shown situation at the red line. 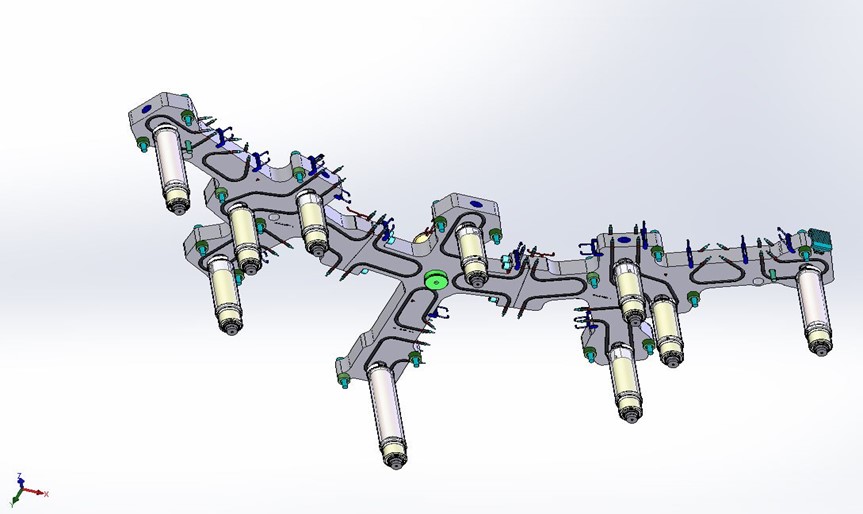