On the Roads of the Capital with Ford Focus... 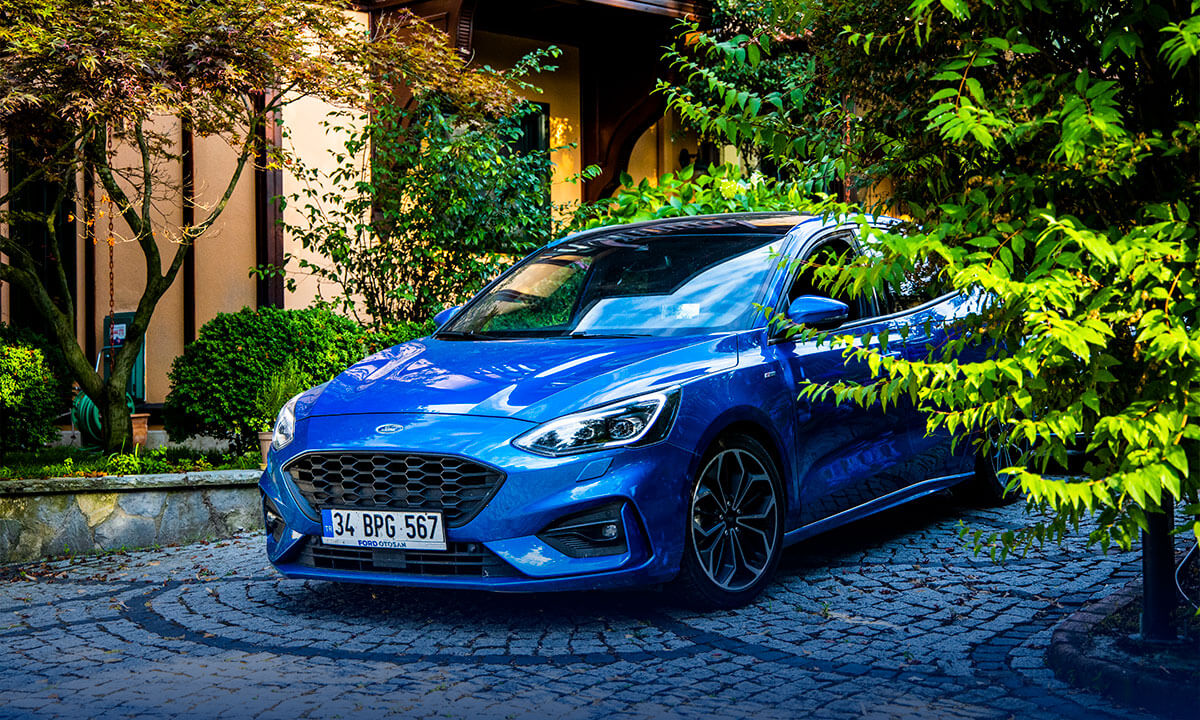 Are you ready to visit one of the most meaningful places to celebrate the 30th of August Victory Day, and explore the four corners of our capital on the #OnRoadWithFord route that our travel blogger Seymen Bozaslan started with Ford Focus?

#OnRoadWithFord I finally made my way to Ankara, which I passed by on most of my Anatolian trips but did not have the opportunity to visit. And this time I took a photo tour in the streets of our capital. It would not be wrong to say that the city, which looks cold by everyone, is actually an "Anatolian Father" figure. It is hard and cold on the outside, but you love it as you get to know it and walk around within... Our capital is such a city, our capital... Also, let us not just think of it as a city. It is an important center where history and nature are intertwined such as in Nallıhan, Eymir, Salt Lake, Beypazarı, and Kızılcahamam... Let us take a short tour, then? 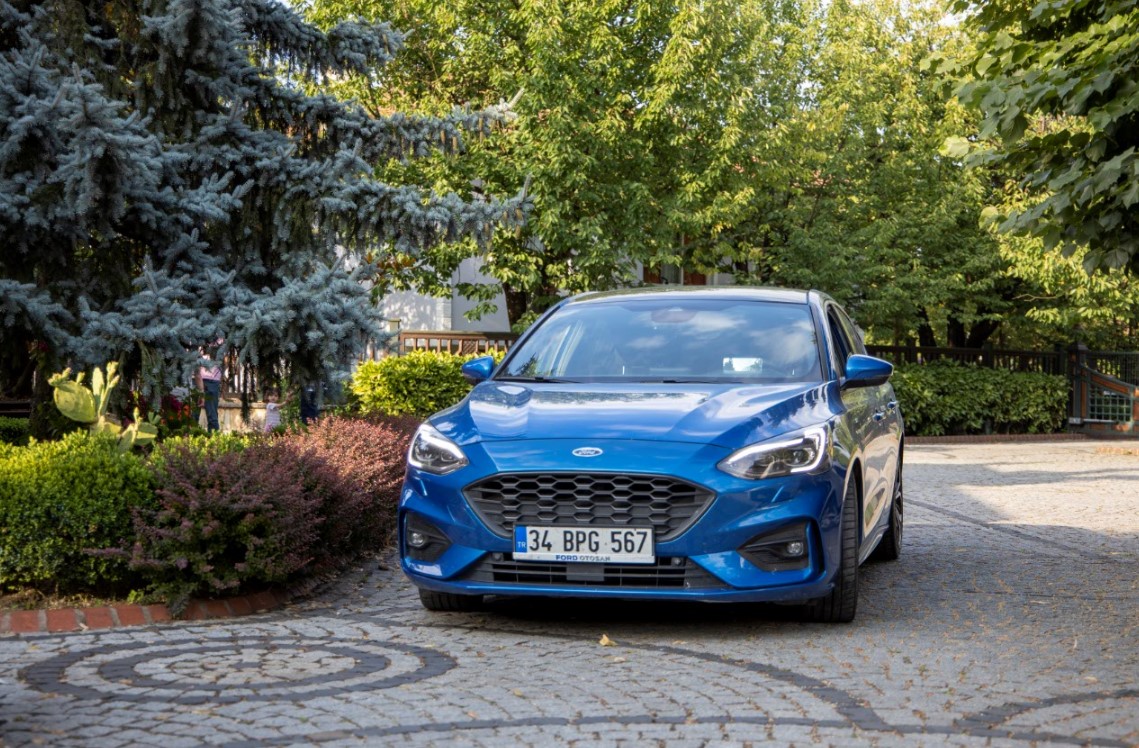 The first stop of my #OnRoadWithFord capital route was Anıtkabir, the eternal resting place of Mustafa Kemal Atatürk, the founder of the Republic of Turkey. Anıtkabir also has a special story. Anıtkabir which was in the planning, project, competition, and construction stages for many years following Atatürk's passing on 10 November 1938, was opened on 11 September 1953. In Reşattepe, where Anıtkabir is located today, a lot of archaeological artifacts were unearthed during the construction works. These artifacts are exhibited in the Museum of Anatolian Civilizations today. There are three main sections in Anıtkabir. The first of these is the Peace Park, the second is the Monument Block, and the third is the Ceremonial Plaza. The part called the Monument Block consists of towers with various symbolic features, İsmet İnönü sarcophagus, Tomb Room, Hall of Honor, Mausoleum, Anıtkabir Museum of Atatürk, and the War of Independence. The Lions Road and the Ceremonial Area are also included in the Block. 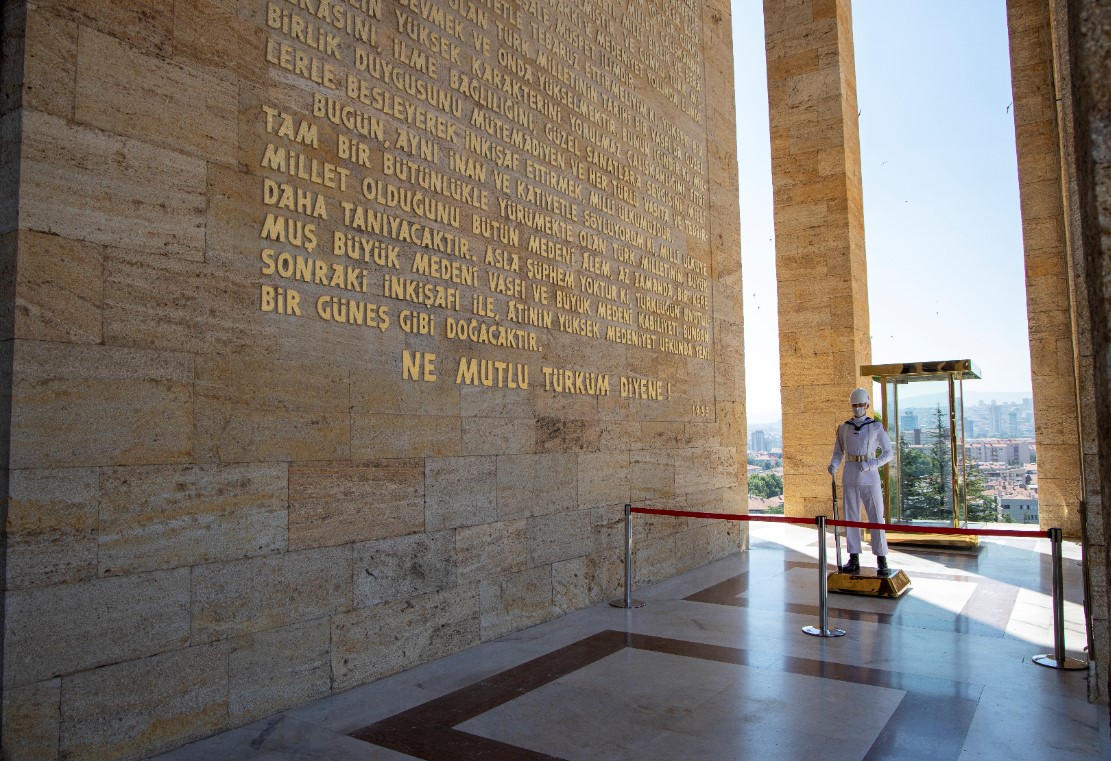 If you want to look at Ankara from a hill, Ankara Castle is the address you are looking for. The castle, thought to have been built by the Romans, has survived to the present day with its strong bastions and walls. Ankara Castle, one of the landmarks of Ankara, is estimated to have been built in the 2nd century BC. I want to talk about the castle area, where there are various boutique cafes around. While you are here, you can visit valuable museums such as the Museum of Anatolian Civilizations and Rahmi Koç Museum.

Every city absolutely has an area telling about its past culture with its buildings. Ankara is very assertive in this regard with Hamamönü. Most of the buildings have been restored in recent years in Hamamönü, a district of Altındağ, and today it is an authentic Ankara neighborhood. In that area where you can enjoy sightseeing and take pictures, it is possible to have a pleasant time with street arts and nostalgic events that will take you back to the past, especially during Ramadan. 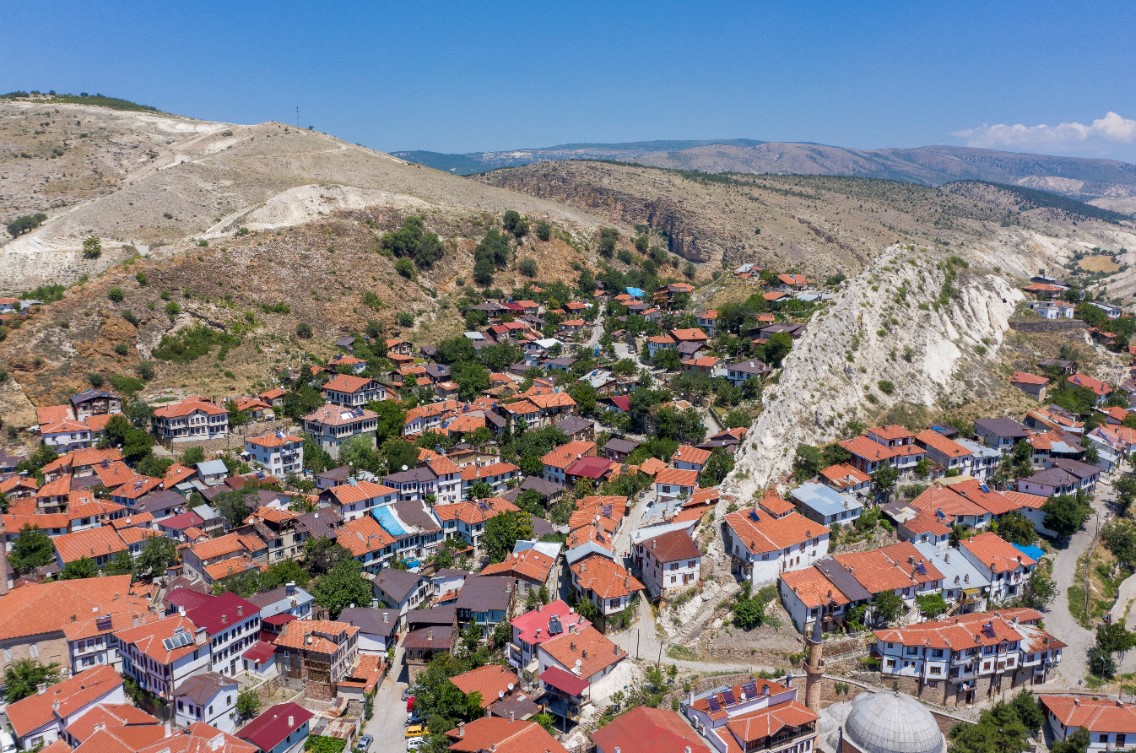 Kuğulu Park is one of the most iconic places in Ankara. It takes its name from the swans in the pond inside the park, as expected. Keep here in mind if you want to "have a rest" in the city center.

Yes, this is the place where the photograph of Atatürk that most of us know was taken. As the first parliament building was small and insufficient, this building was changed functionally by the order of Mustafa Kemal Atatürk and on 18 October 1924, it was put into service as the Grand National Assembly of Turkey (TBMM) building. You can partly visit the rooms of the two stories Second Parliament Building and the hall where the TBMM speeches were made. You feel the most intense feeling in the parliament hall with the sign "Sovereignty Belongs to the Nation" of the building that also has some belongings of our Great Father and the history of the parliament. After moving to the new parliament building in 1961, this building was used for various purposes until 1981. It served as a museum between 1981 and 1985, was closed in 1985, and continued to serve as a museum since 1992. The museum was restored in 2001 and closed until 2008, and it was reopened on 29 October 2008. 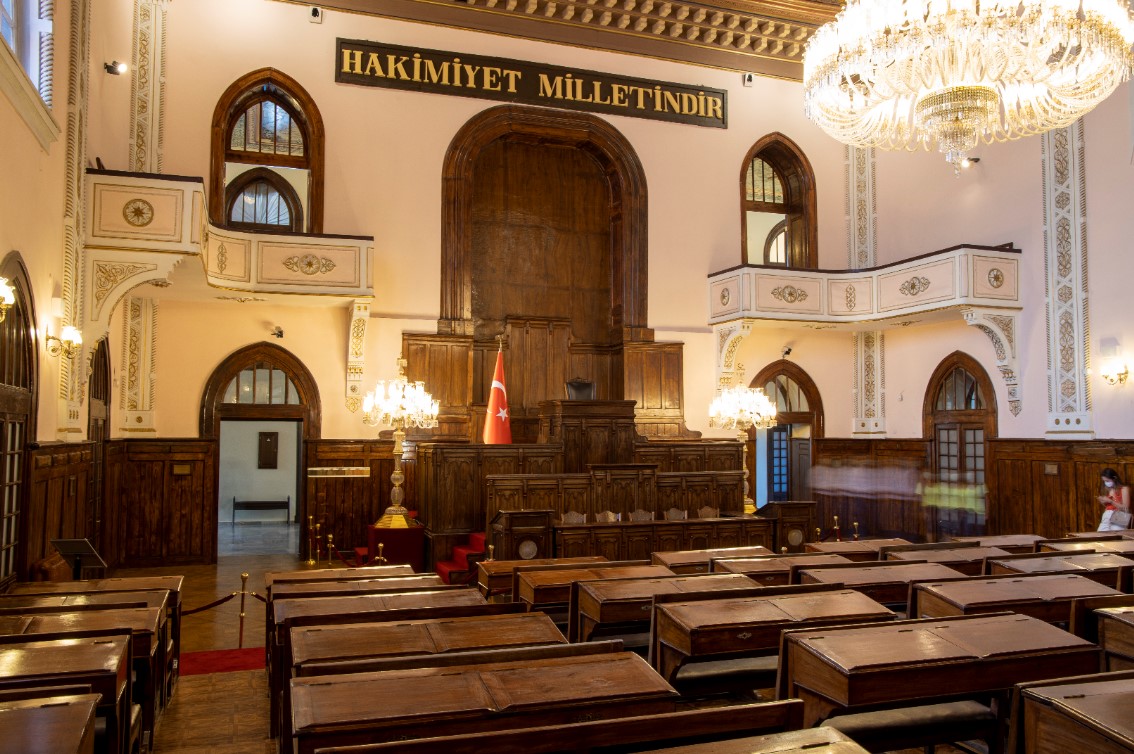 Yılmaz Güney, Deniz Gezmiş, Yusuf Aslan, Hüseyin İnan, Bülent Ecevit, Muhsin Yazıcıoğlu, and Nazım Hikmet are some of the people who breathed the air of this place... But even though their names were different, thousands of people with shared sorrows stayed within these wards. Before I talk about the museum, I want to say that the museum is among the rare locations of Turkey that impressed me, causing me to feel like a prisoner myself, and made me feel those pains. I felt almost lost in the museum sections. Voices saying, "guardian don't hit", passing in front of the gallows, the view of Ankara that you can see behind the iron bars of the so-called Hilton ward... As you finish your visit to the museum, you will understand how impressed you are. It is on top of the list of museums in Turkey that affected me the most.

Aside from being Turkey's first official museum, it also has specific importance due to its location. The artifacts in the Ankara Ethnography Museum, located close to the Ankara Castle, consist of Turkish art, culture, and life products under the influence of Islam. Artifacts from various periods, especially from the Seljuk, are on display. So, what are among these artifacts? Here you can see and take photos of various handmade carpets and rugs, personal items belonging to historical figures, guns, Ottoman war equipment, etc. 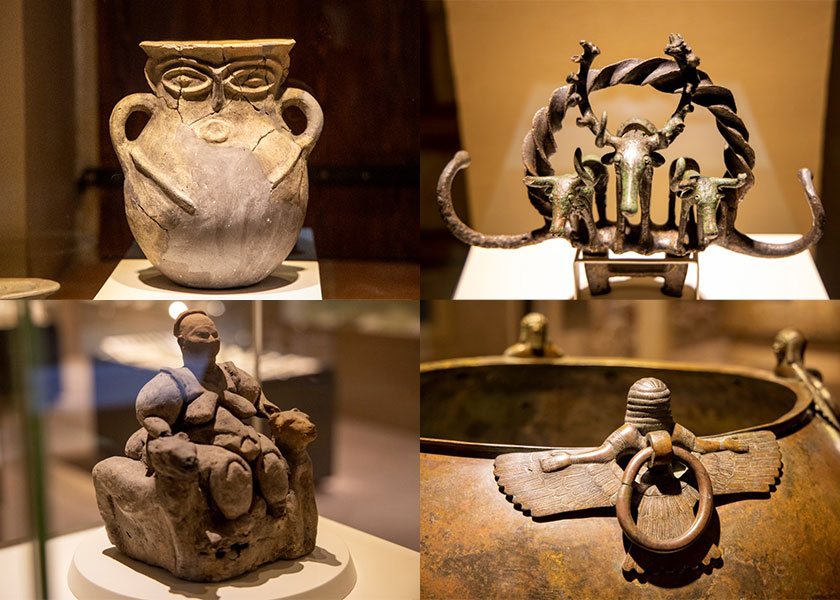 The museum, which was created in 1921 by the order of Mustafa Kemal Atatürk in the section of Ankara Castle known as Akkule (White Tower), was transformed into a giant mosaic of Anatolian artifacts with artifacts brought from different parts of Anatolia. The museum, which has gained a worldwide reputation, received the award for the best museum of Europe in 1997, among 66 major museums. You can observe artifacts that are difficult to craft even today, and you can get lost on a historical journey.

Nallıhan Bird Sanctuary, located close to the Bolu border of Ankara, has an area of 425 hectares and contains more than 190 bird species. The area with 3 bird observatories is perhaps one of the most beautiful stops of birds on their migration journey, with the opportunity offered by a wet basin in front of the majesty of a mountain consisting of yellow, brown, and red layers. Nallıhan, which is an ideal place for both nature lovers and photographers, has been under the protection of the National Parks and the General Directorate of Hunting and Animal Life since 1994. 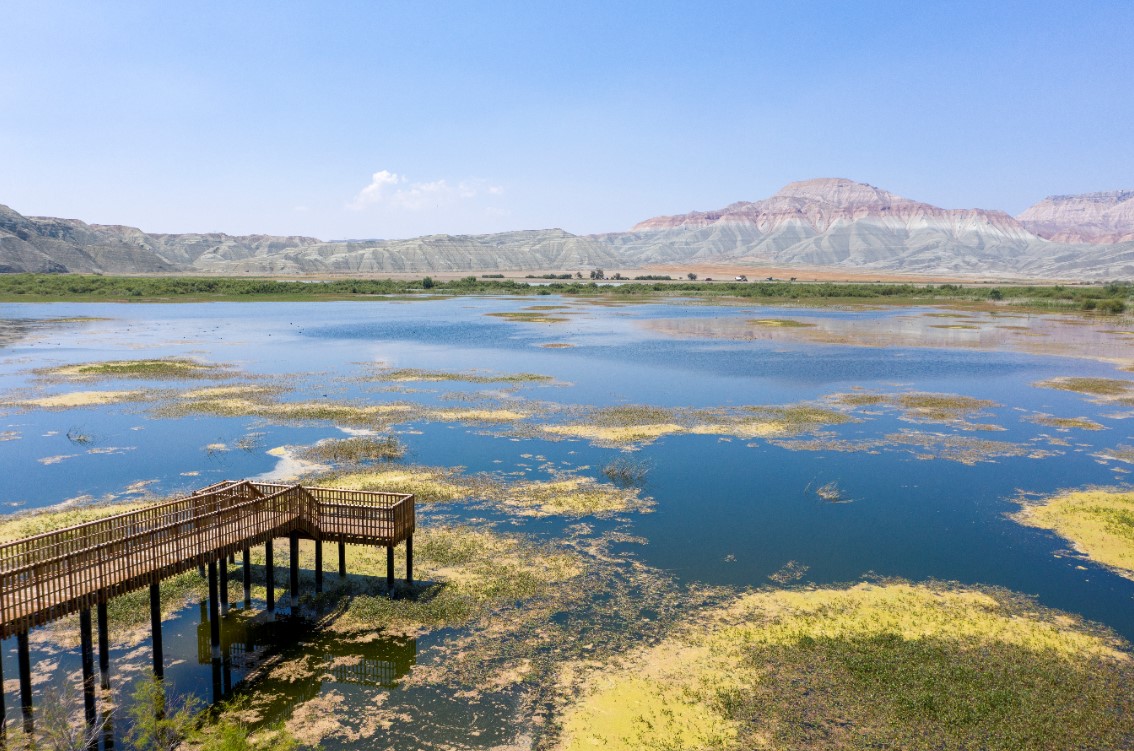 Beypazarı, once an important stop on the Silk Road, is a district that hosted Hittites, Phrygians, Galatians, Romans, Byzantines, Seljuks, Ottomans, and reflects the different cultures of each. It also supplies 60% of the carrot demand of Turkey. Of course, we have to say that Beypazarı is known so much thanks to its mansions with bay windows and wooden houses. Thousands of people come here every year to see the mansions with up to three floors. In the side streets, you can taste Beypazarı dried fruit, Beypazarı's famous 80-layers baklava, and the famous stew of Beypazarı, and shop from the stalls set up on the street. If you wonder where to visit at Beypazarı; Beylerbeyi Living Museum and Beypazarı City History Museum are among the must-see places. In addition, İnözü Valley, which is 4 km from Beypazarı center, and Hıdırlık Hill, where you can see the town from the hill, are among the places to be seen. 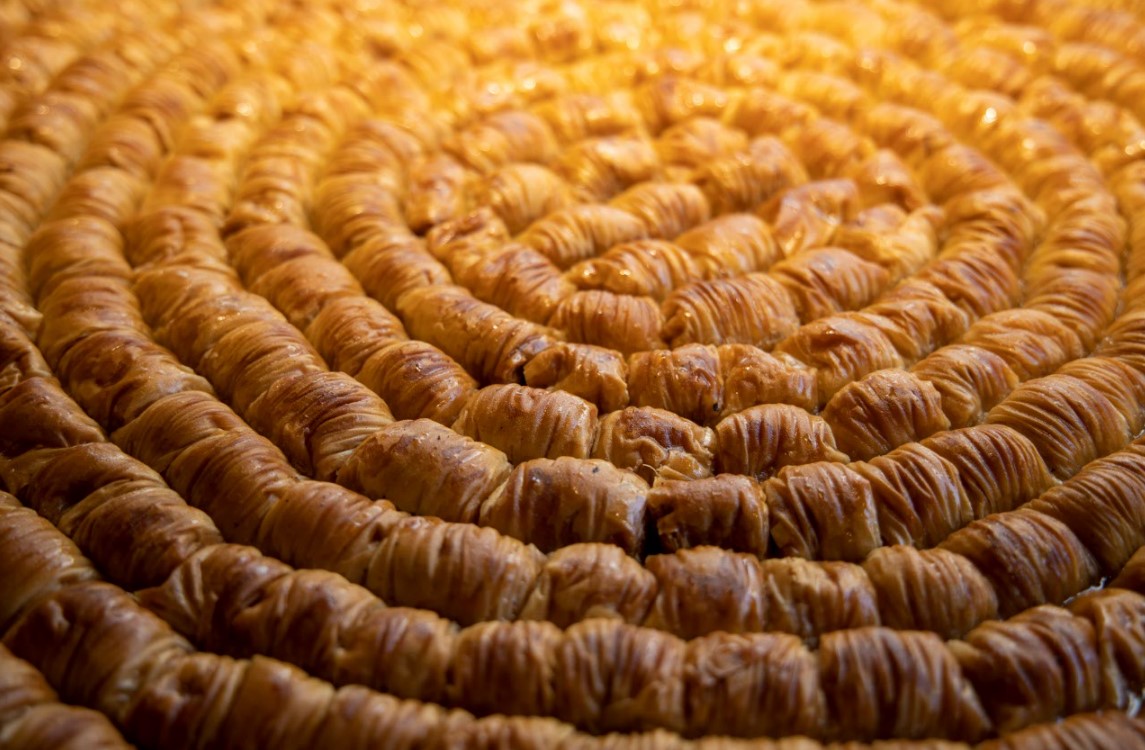 Tuz Gölü, Turkey's second-largest lake and the world's second-largest saltwater lake, meet the needs of 70% of the country's salt. The lake, which turns pink in June and July of the year, is also home to more than 80 bird species. If you are lucky, you can see the flamingo birds that frequently visit this lake and admire the ecological balance of the world once again.