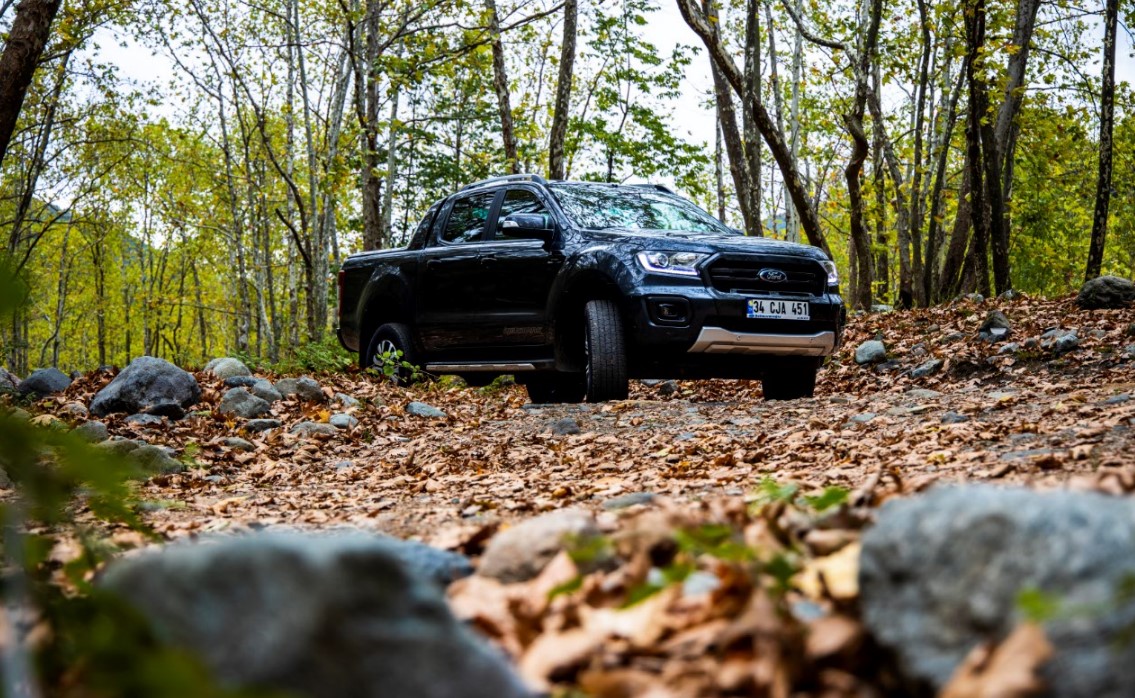 This time, on the #FordileYolda route, our travel blogger Seymen Bozaslan is discovering Bilecik with Ford Ranger! Are you ready for a journey with unforgettable details in this beautiful city where history is intertwined with nature?

I can say that Bilecik is one of the most beautiful stops on my #FordileYolda route. To begin with, it is fascinating that it is 2-3 hours away from Istanbul. To be honest, when you have a route where you can experience the performance of Ford Ranger, this route felt even more delightful. After this article, your urge to travel can take action, you can look at the road and turn the wheel towards Bilecik. Just to let you know! :) 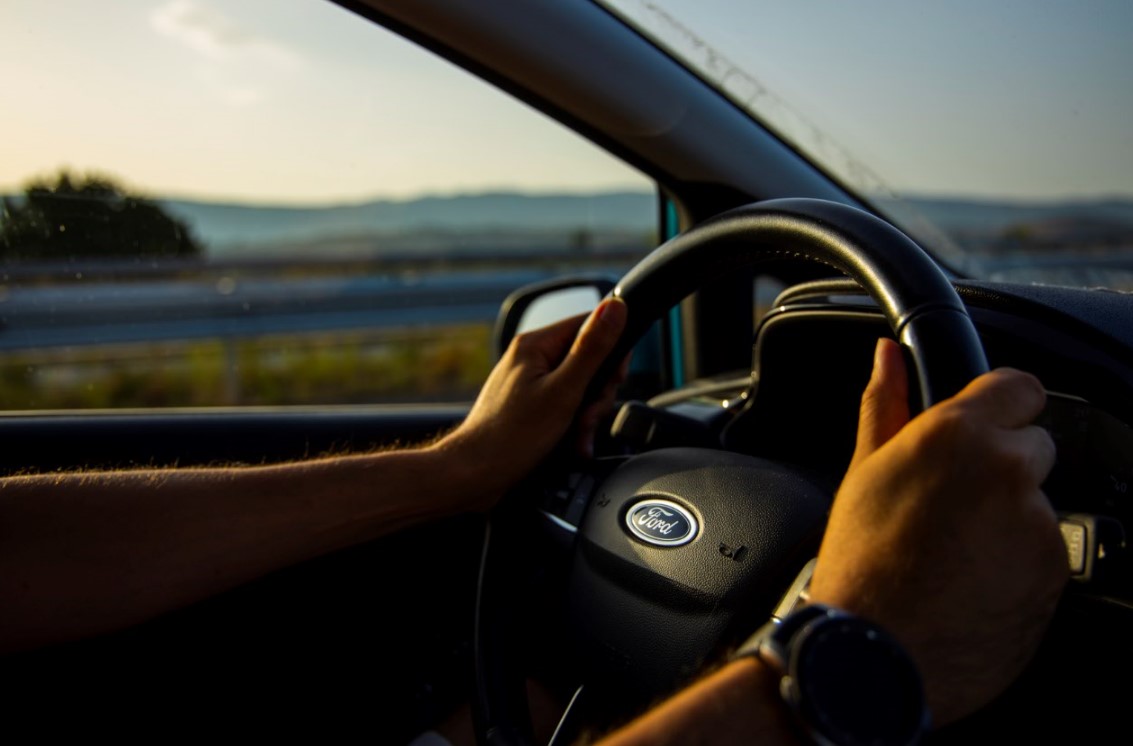 In Bilecik, it is possible to make a weekend route that includes a cultural and historical tour; as it is where the foundations of the Ottoman Empire were laid and has an important location; as well as natural beauties. Come on, let's take a look at what we have in Bilecik. A Journey Into The Past! Bilecik Museum was used as a two-storey wooden gendarmerie building until 1874. It is now a museum in which you can find detailed information about many valuable objects from antique artifacts to textiles, which have an important place in the history of Bilecik. To me, the most impressive thing was an epitaph on a tomb; which was found in the archaeological excavations around Inhisar and is located at the entrance of the museum. It says: “To leave a memory before the dead and gone from this world, Asklepios, this man, who is full of inner love for all mankind says; Nobody should worry about the so-called end named death. For this purpose, we are given life. So it is our destiny. I am lying here as a good man. After fifty years in this world, I leave behind my esteemed wife Quinta and our children, by untying Moira’s thread”. The museum, which has a free entrance, is located in the downtown city center. 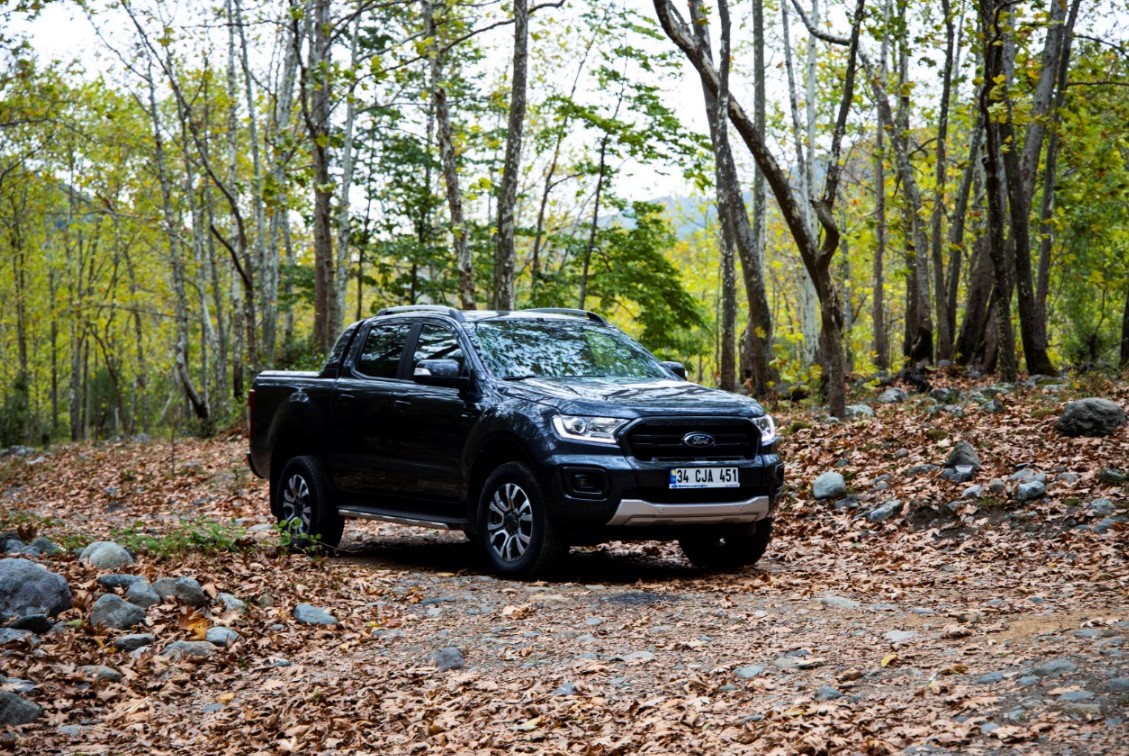 Visually, this place is to the full when compared to Bilecik Museum. In the museum, which generally passes down the reflections of the republic period in Bilecik; it is possible to see via wax sculpture technique; the lives and personal belongings of the city's iconic people; as well as professions such as quilting, weaving, and tailoring. 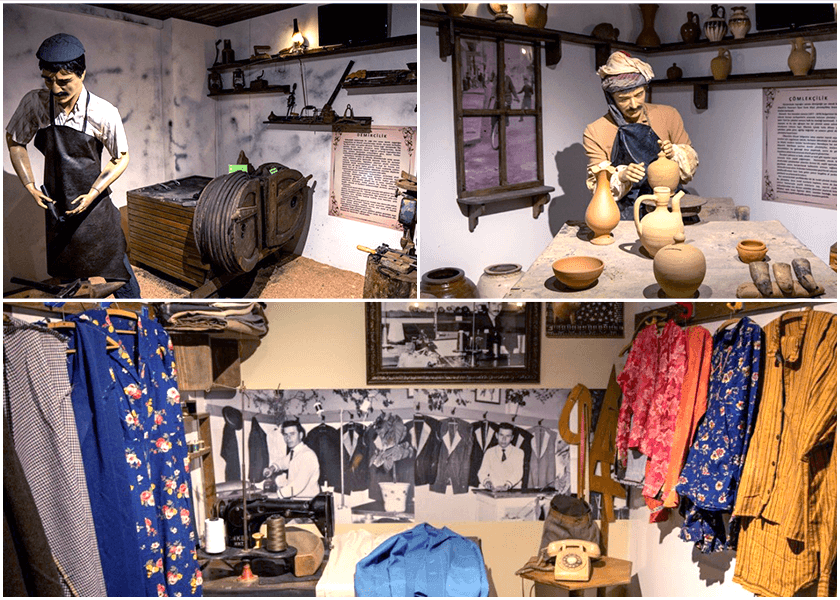 If you visit this museum, which has opened recently with great effort, you can read very interesting information and compare it with today. Stock farming for instance. In 1914, there were 49,166 cattle, 26,212 oxen, 172,721 sheep in Bilecik. Can you imagine? This is just Bilecik. So today, thinking about the area Bilecik covers, it is impossible not to ask oneself what kind of farming was existent all across Turkey in those periods.

Or you can recognize another one of the iconic characters of Bilecik, Uzun Ömer from Abbaslık. He is 2 meters 30 centimeters tall and weighs 160 kilograms. He was a heading in Cumhuriyet newspaper in 1942. Want to know how? Considering his weighty body he applied to the governor and mayor and demanded to be given more bread as he could not manage with 300 grams of bread. 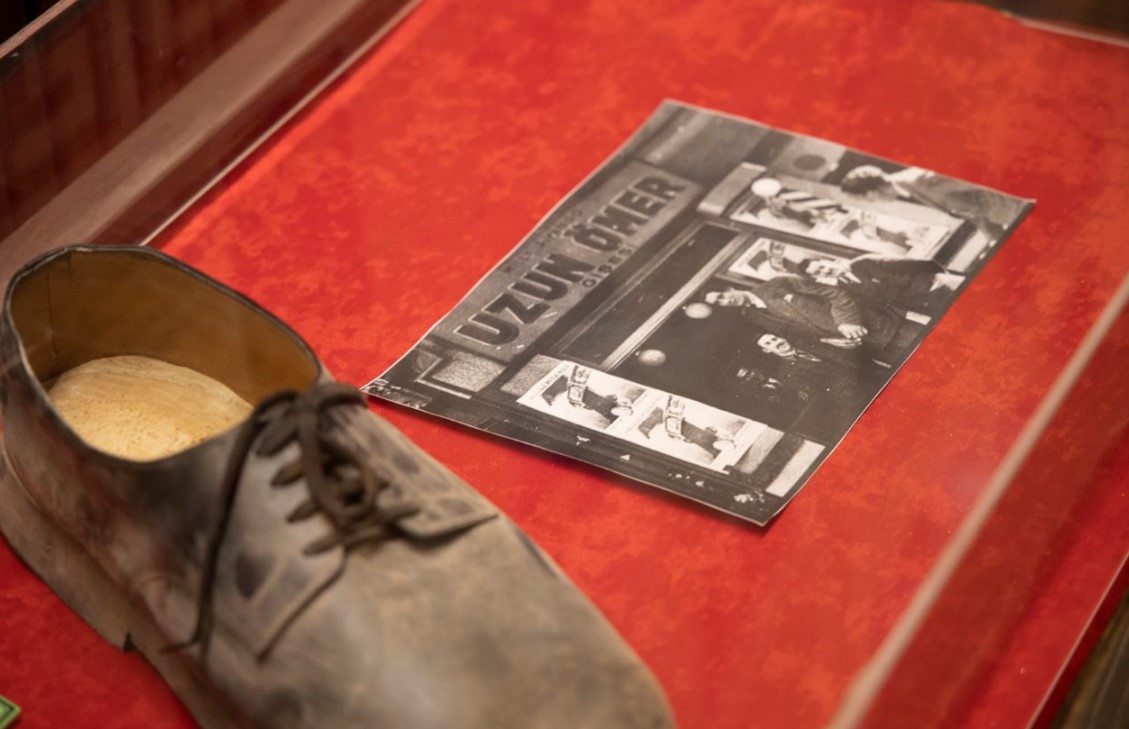 If you have decided to visit Bilecik or if you have a trip to the surrounding provinces such as Eskişehir and Kütahya, I definitely recommend that you take some time to visit this free museum. I bet it will be worth it.

We have mentioned Bilecik as the city where the foundations of the Ottoman Empire were laid. I also recommend you to visit the Söğüt district, 20 minutes away from the city center. Coming here feels definitely like a journey from history. 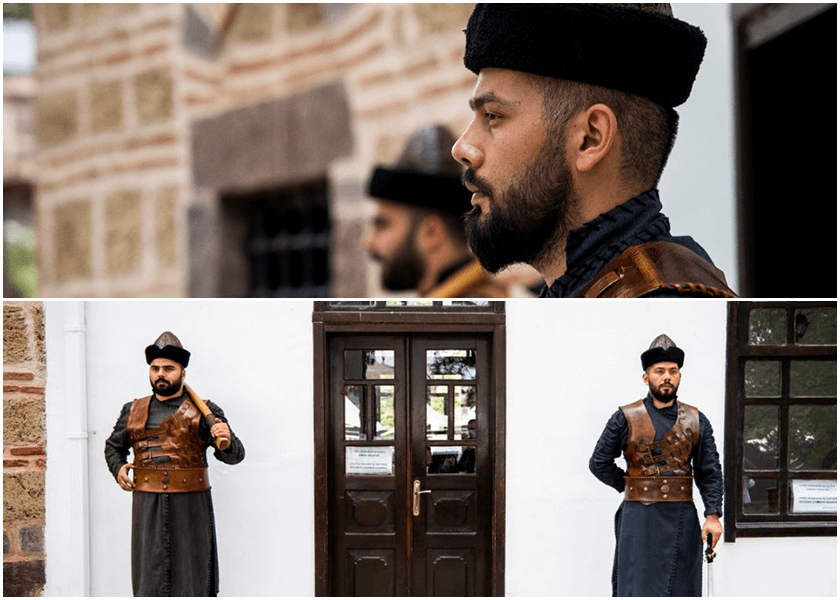 You can visit the tomb, where 2 soldiers on guard duty with the title of "alperen" are constantly on stand watch, or you can buy products from the souvenir shops around the tomb. If you rather wish to precisely live the spirit of the period, you can dress up in the costume tents according to that period and take a souvenir photo. 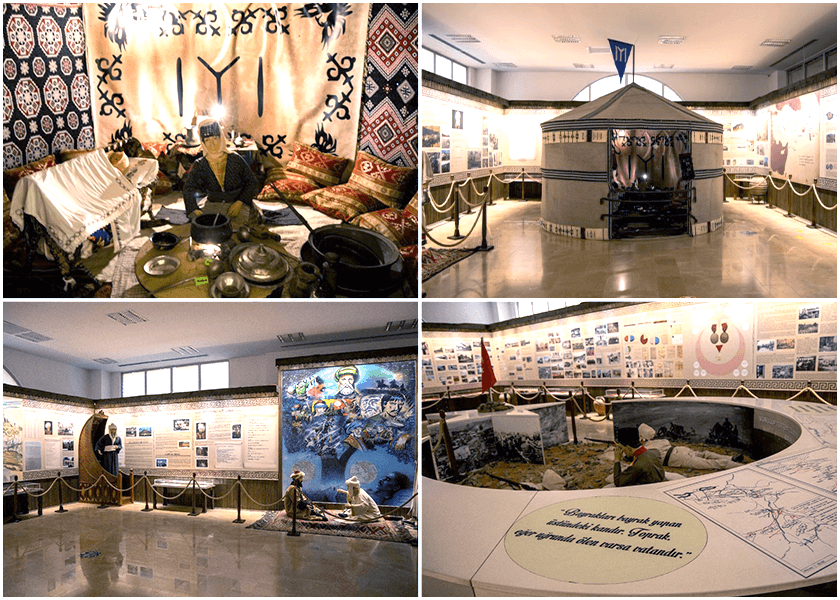 The museum is located about 2 km away from the tomb. It is a structure built in the 1900s, used as a winding house in its early years, and has wonderful wooden carpentry. Here, you can see many historical artifacts and visit the halls where important items are exhibited.

Pazaryeri district of Bilecik is very rich in terms of places to explore. One of them is Bozcaarmut Pond, which is 25 minutes away from the district center. This place has a very endearing feature. If you come in the season, you will arrive here through strawberry fields. Some field owners even offer a treat at the entrance. With a written note saying: "Whoever wants it can take it, it is halal." 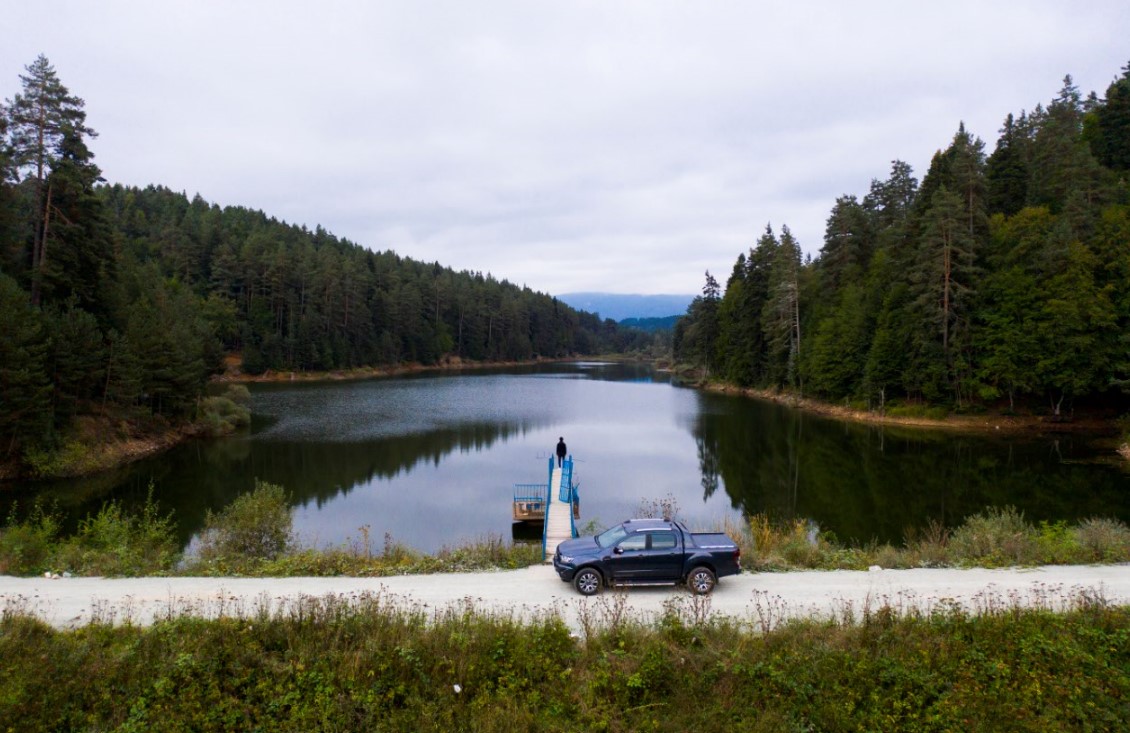 When you come to the pond area, a long pier and a longitudinal lake will welcome you. Here you can either go hiking or camping. Especially when I was there, many people were camping. I can not say that I was not jealous...

Küçükelmalı Nature Park for a Picnic

This is another natural beauty of the Pazaryeri district. This picnic area, visited by 100 thousand people annually, is located 7 km away from Bozcaarmut. I guess it would not be wrong to say that the region, which is preferred for picnics at the social facilities, attracts people with its green tones, especially in autumn. 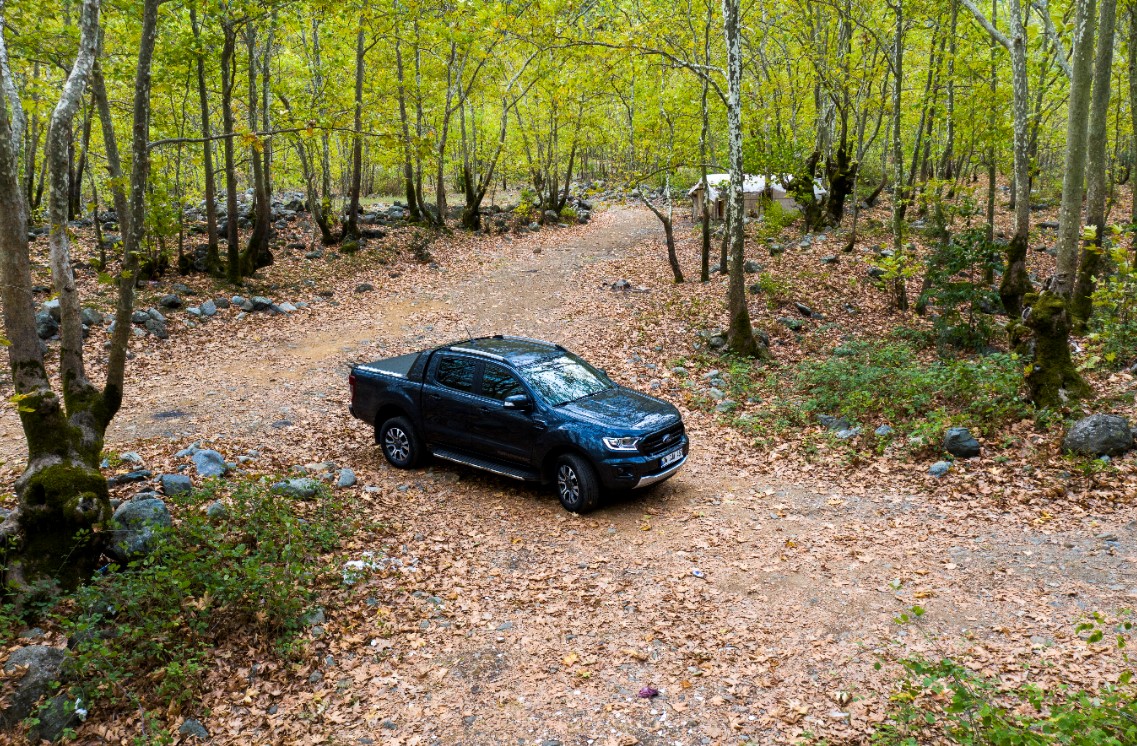 Now I would like to tell you about the beauty of another district. Yenipazar, which is the furthest district from Bilecik city center, is a district in the middle of nature. In fact, there is a sign in the district center where I did my military service at the police station, which is impossible to see and not be surprised. It is exactly as follows on the sign: “The people of Yenipazar central region celebrated the 10th Republic Day in this square. 29.10.1933" The 10th-anniversary celebration memoir of our Republic is still written and preserved in time on a stone in the center of this square. Located 10 minutes away from the city center, Harmankaya Canyon; which was considered as the 174th Nature Park in 2013, is a natural beauty that we have just started to hear about. After parking your vehicle, you can walk in the water in the 2.5 km long canyon. Of course with professional equipment! After 300-400 meters, the water level rises and you are no longer able to move forward if you do not have any equipment. Even professionals can get through the 2.5 km long canyon in 7.5 hours. If you rather not deal with water, after a 30-minute climb, you can reach 2 wooden terraces overlooking the canyon from the top instead. It will be tiring, but I am sure you will not be able to hide your admiration for the depth of the canyon at the end of the path. 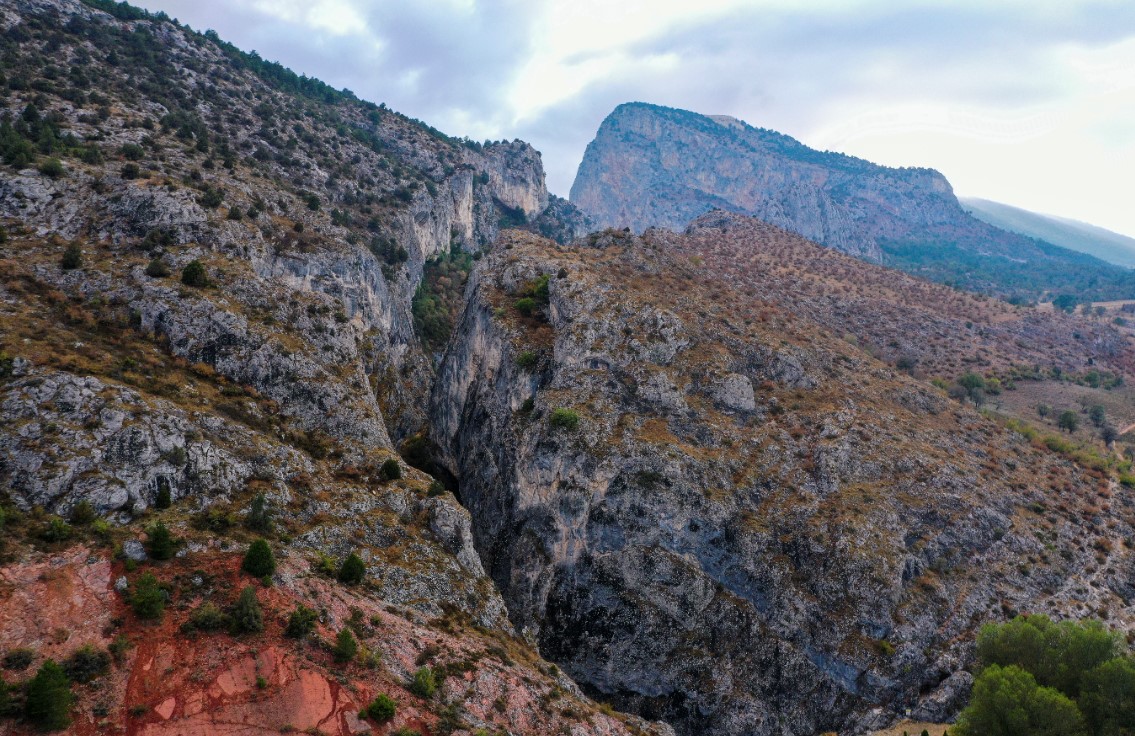 Another point to visit in the Pazaryeri district is Günyurdu Village. The village was evacuated due to the rise of the dam water level and moved to a new settlement area a few kilometers away. However, the old settlement area of the village has now turned into a set area preferred by photography lovers. You can add this to the list if you would like to visit the underwater pillars and ghost village houses. You can also go fishing and camping around the pond. There is something that I always express when mentioning Bilecik. It is one of the most mountainous areas of the Marmara Region, maybe even the most mountainous one. It is something I feel deeply, especially in the Yenipazar district. I am sure that if you happen to travel from Yenipazar to Eskişehir via Mihalgazi one day, you will understand much better. When you come to the city, if there is a time when you say "Are there any plateaus around, I'm in need of a breeze or two", Sofular Plateau, which is 25 kilometers from Bozüyük district center, Kömürsu Plateau, which is 28 kilometers away, Çiçekli Plateau, also known as Camili, and Uzunçam Plateau, which is 14 kilometers away from Pazaryeri district are among the places to see.