All-Electric, All from Kocaeli: Ford E-Transit 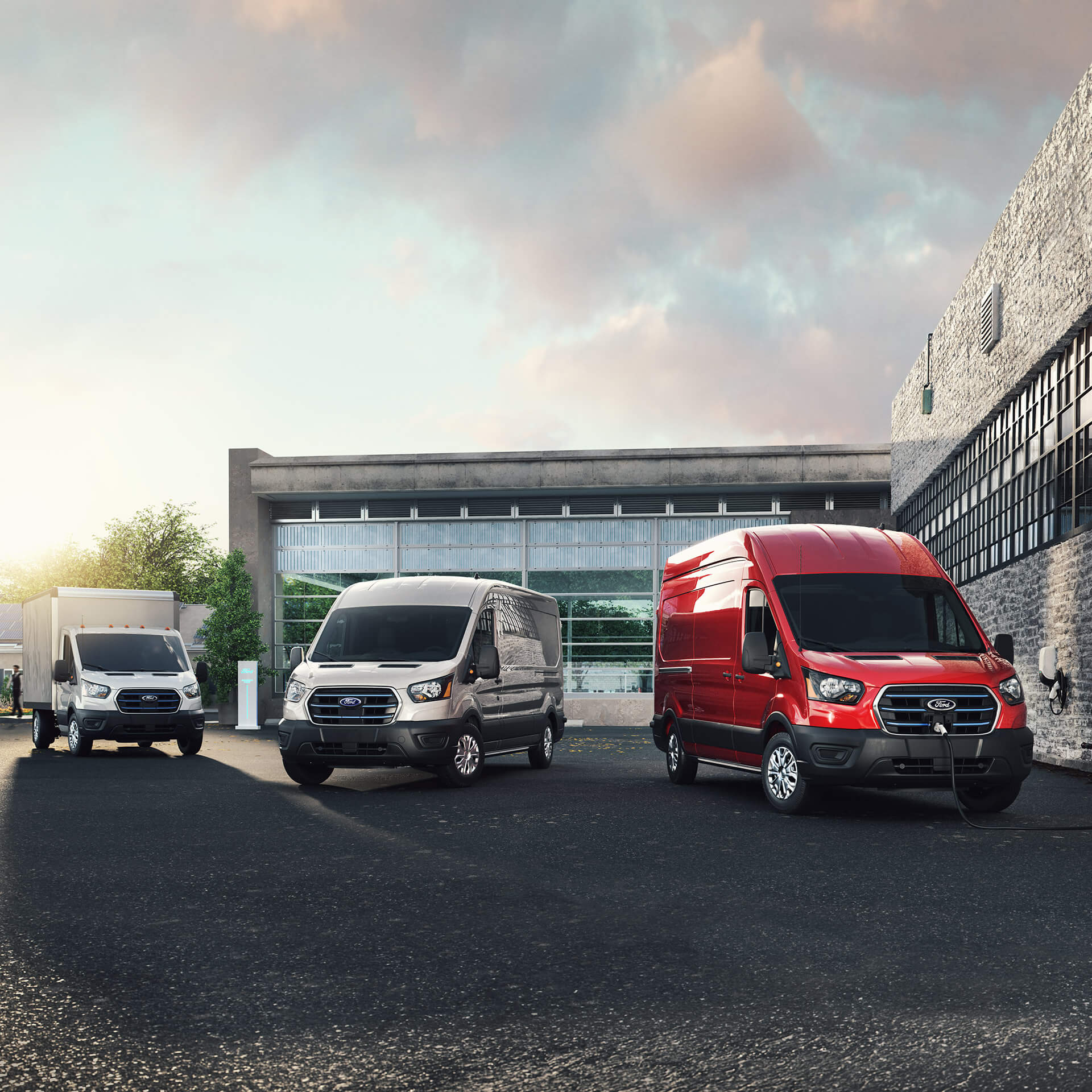 It has been announced at the global launch of Ford E-Transit hosted by Jim Farley, President, and CEO of Ford Motor Company, that the first all-electric version of trade leader Transit will be produced in Kocaeli, Gölcük Factory.

The all-electric version has an important place within our global electrification strategy since Ford Transit has the feature of being the most preferred light commercial vehicle in Turkey and Europe since 1965, and is produced by us since 1967. Our Kocaeli Factories, where we produce 85% of the Transit family vehicles which Ford brings together with its customers in Europe, will play a critical role in Europe's electric vehicle production with the E-Transit production move. 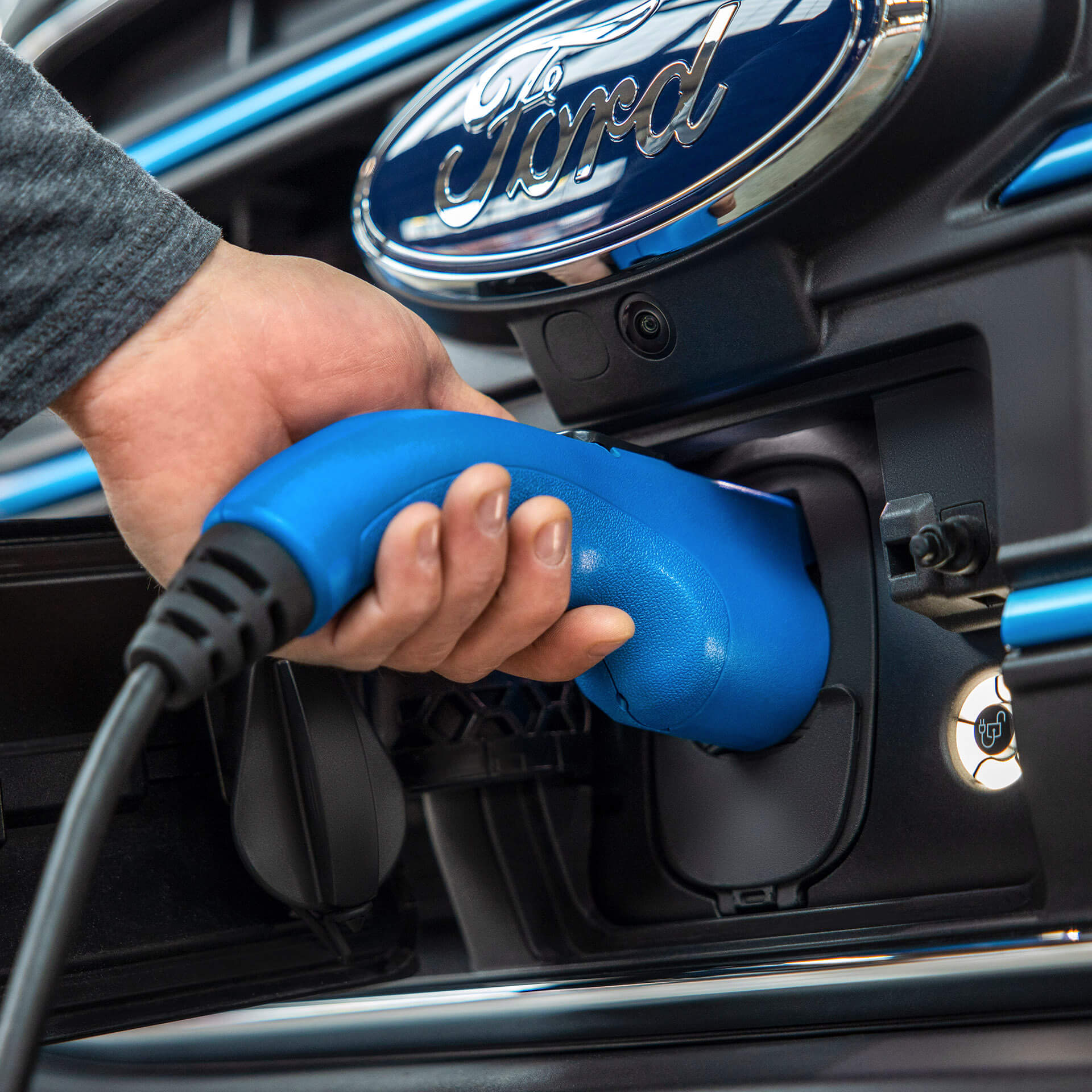 Yenigün: "Transition to electric and hybrid technology is of greater importance for commercial vehicles"

Specifically emphasizing the importance of the transition to electric and hybrid technology for commercial vehicles, our General Manager Haydar Yenigün said: “The electric transformation in the automotive sector continues at a great pace. Switching to electric models is even more important for commercial vehicles. With electric commercial vehicles, the fuel costs and maintenance costs of businesses will decrease significantly and the efficiency will increase. As Ford Otosan, we have been continuing our investments and R&D studies by focusing on electric and hybrid vehicles for a long time. As a result of these efforts, with the aim of contributing to the production of electric vehicles; we put into use our new sheet metal forming facility at the beginning of 2020. Soon after, the hybrid electric Ford Transit Custom Plug-In Hybrid, the first of its segment we produced in Turkey, proved its perfection to the world by winning the International Truck of the Year (IVOTY) award in 2020. In the past months, blazing a trail again, we started bringing our customers together with our first commercial hybrid models that are produced and offered in Turkey. Providing all the necessary infrastructure and conditions, we are now proud to actualize the mass-production of Ford's first all-electric Transit model for Europe. In the spring of 2022, we aim to meet the first all-electric Ford Transit with our customers in Turkey in parallel with Europe." 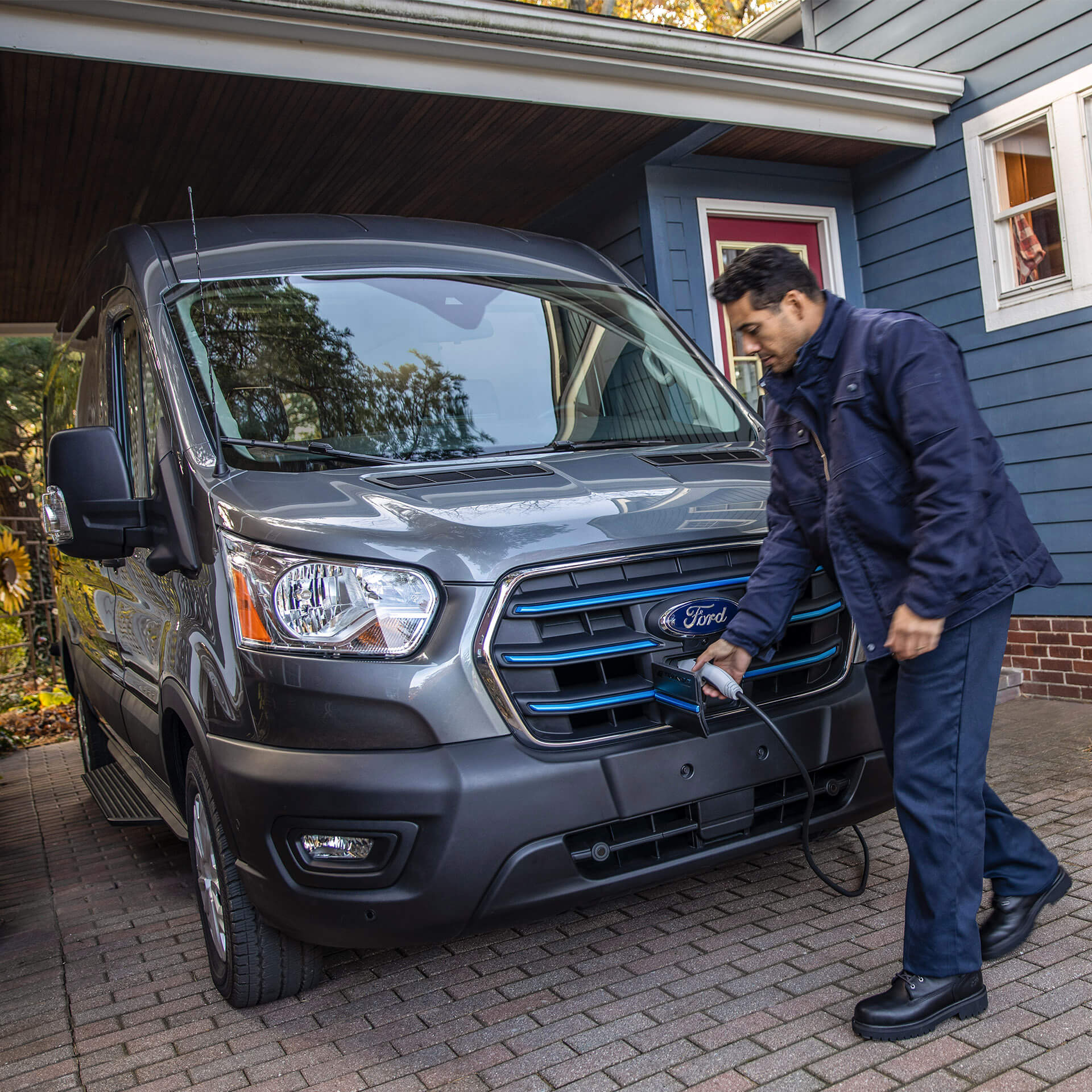 Underlining the fact that our company is an important center for commercial vehicle production within the scope of our global electrification strategy, Yenigün said: “By 2030, electric vehicle sales are expected to exceed 30% in the world. Applications such as emission limitations and emission-free city centers are becoming widespread in Europe and the world in conjunction with the increase in population. In addition to Ford's commercial vehicle business, as sustainability is gaining more importance these days, the electrification of the legendary Transit brand is of great importance globally. As Turkey's leading commercial vehicle producer, we are doing all our production plans accordingly. As of where we stand now, we are one of the few producers in the world that can compete in this field with our electric and hybrid models. Turkey's leading role in the production of commercial vehicles will be even greater with the transition to electric vehicles. This development, being a milestone for the automotive industry in Turkey, will significantly increase the responsibility taken by our country regarding the production of commercial vehicles. We are proud that we will export the electric vehicles we produce to foreign markets and will contribute to closing the deficit in our country's foreign trade.” 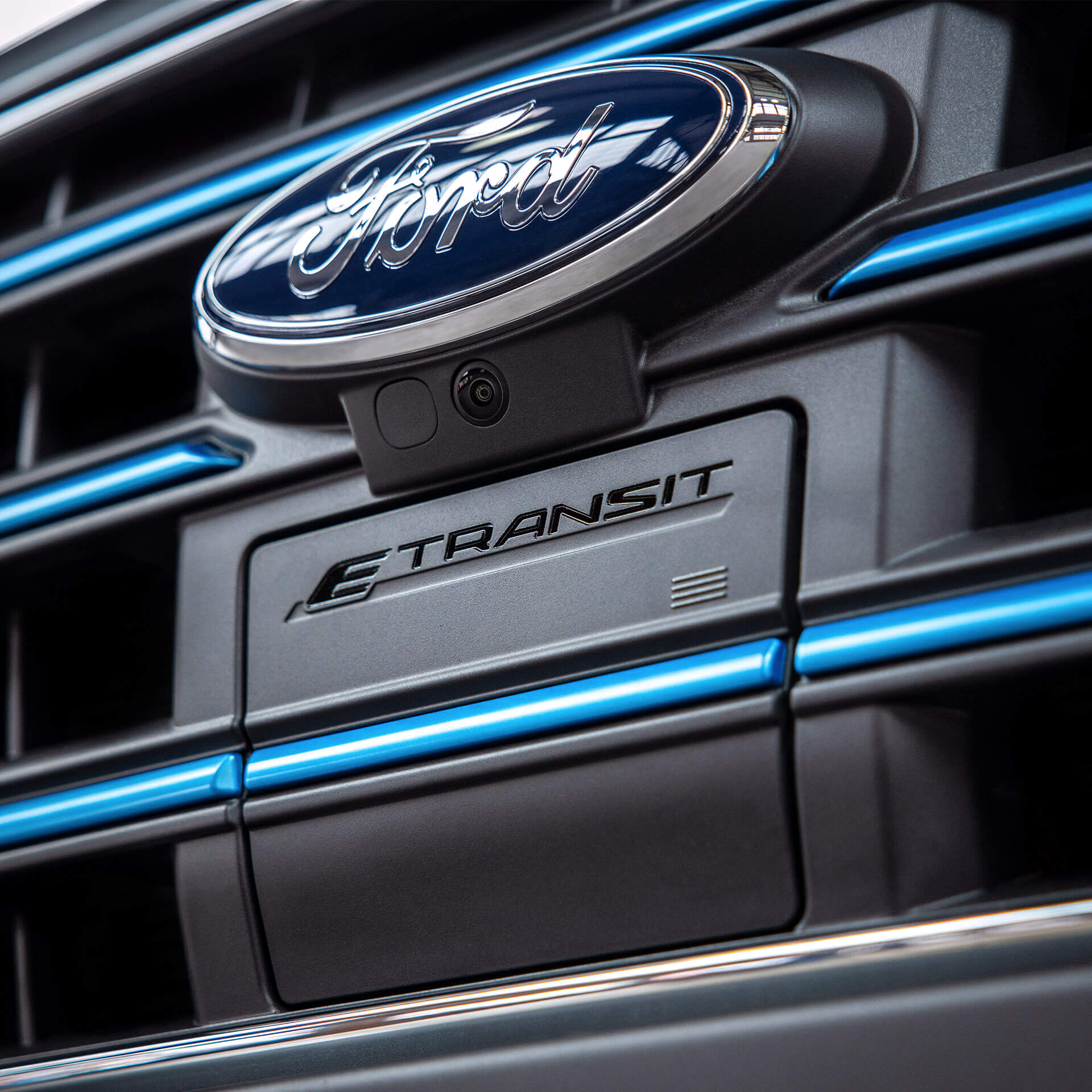 Yenigün, emphasizing the importance of support in Turkey regarding new technologies focused on electric and hybrid, for improving the power of R&D in commercial vehicles and engineering, said: "The automotive industry is going through a major transformation worldwide. Many countries, especially Europe, have started to make very important investments in order to widespread the use of new generation environmentally-friendly vehicles. In particular, the European Union announced that 30% of the 2 trillion euro resource created within the Next Generation EU framework; which will be put into use to eliminate the negative effects of the 2021-2027 EU budgets and the Covid-19 crisis on the economy; will be dedicated to fighting climate change. A significant portion of this resource is planned to be spent through grants or loans for the development, production, and sales of environmental-friendly vehicles; the renewal of existing fleets with clean vehicles, and the establishment of the necessary charging infrastructure. In addition, within the framework of the European Green Deal, legislative work is being carried out to make the transition to much more stringent and zero-emission vehicles that will be in a way compulsory. In this transformation, not only the main industry, but the entire value chain should be considered as a whole. It is necessary to protect and develop local production competitiveness for this transformation. In this context, I think our government should review the tax burden on commercial, passenger, electric, and hybrid vehicles, activate various incentives and support mechanisms to reduce the initial purchase costs of these vehicles, and most importantly, in order to encourage the production of these vehicles in our country, various new mechanisms should be established within the framework of the investment incentive system.” he concluded. 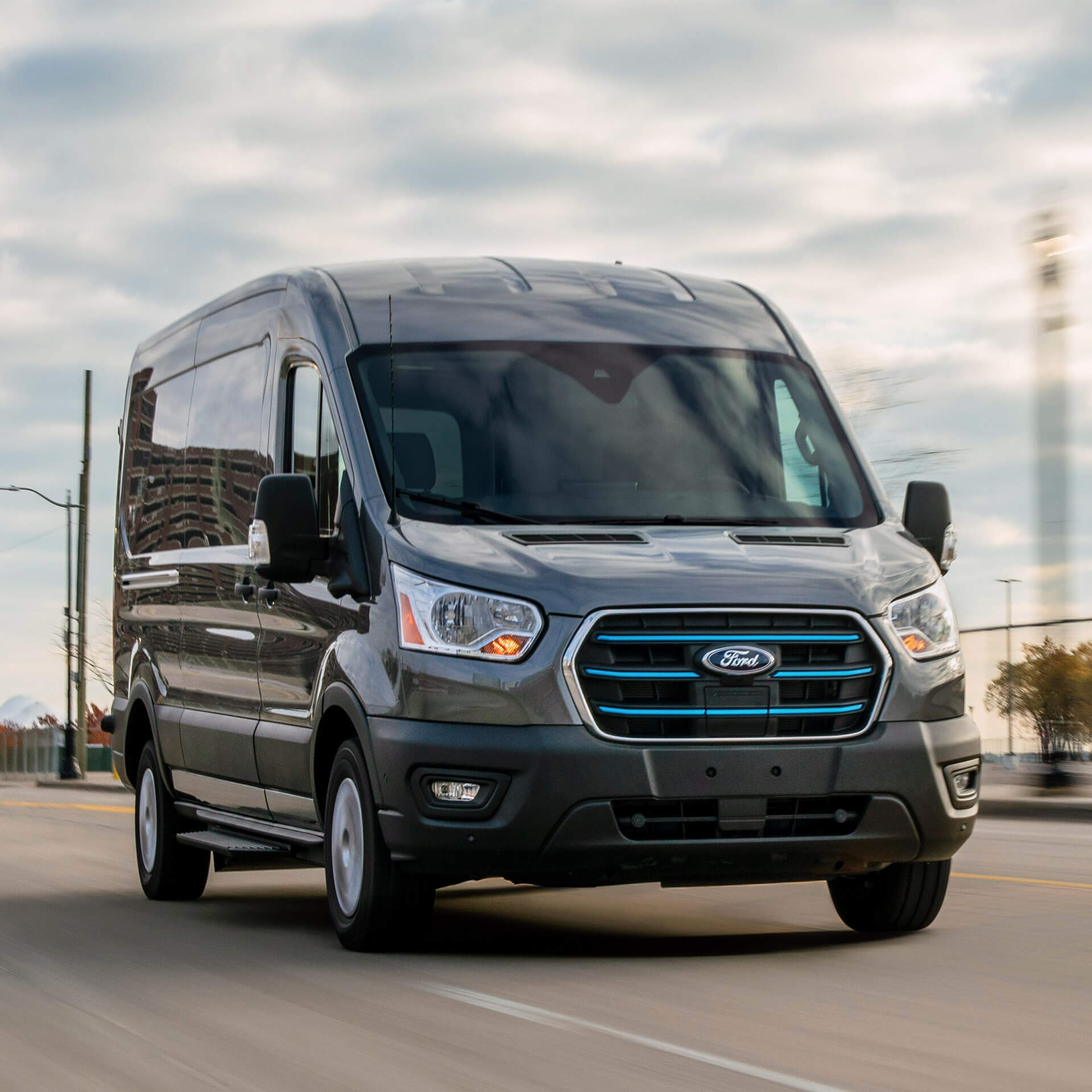 Our Gölcük Factory is among the counted factories in the world

As part of Ford's electrification strategy, we continue our efforts to contribute to the "Smart Cities" of the future and to develop the right products and services for smart transportation systems. Our Gölcük Factory; which is the pioneer of Ford's Transit model in the world and the only production center for Custom models; was included in the "Global Lighthouse Network" as a result of comprehensive evaluations made by the World Economic Forum (WEF) in 2019 among 1000 leading producers and it became one of the 4 automotive factories in the world and the only Ford factory to enter the list.

The new all-electric Ford E-Transit; which is planned to be launched in the spring of 2022; has a battery capacity of 67 kWh and a range of up to 350 km with WLTP, by this means fleet users can drive 3 times more distance than they drive on a daily basis on average. Thanks to its lower maintenance costs, E-Transit saves approximately 40% more in service costs when compared to diesel models. The model, which has both AC and DC fast charging features, can be charged to 100% in approximately 8.2 hours, and with its 115 kW DC fast charging feature, it can charge from 15% to 80% in 34 minutes.

The "Pro Power Onboard" feature Ford offers for light commercial vehicles for the first time in Europe, turns the first all-electric E-Transit into a mobile generator up to 2.3 kW. Thus, it helps customers to continue to use and charge their devices at their workplace and while driving. E-Transit, which does not compromise its carrying capacity, continues to offer a load capacity of up to 1,616 kg for van models and 1,967 kg for light trucks models. With its electric motor offering a maximum of 198 kW (269PS) and 430 Nm of torque, the E-Transit also holds the title of "the most powerful all-electric commercial vehicle sold in Europe!"